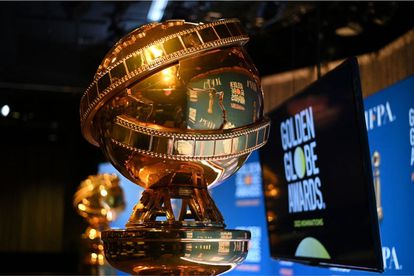 This year’s Golden Globes will be a private ceremony with no audience, media, stars or TV coverage. Image: AFP

This year’s Golden Globes will be a private ceremony with no audience, media, stars or TV coverage. Image: AFP

No stars, no red carpet, no televised broadcast: this year’s Golden Globe winners will be announced at a drastically scaled-down ceremony on Sunday. But do the awards even matter anymore?

Hollywood studios normally use the glamorous lustre of the Globes as a key marketing boost for their films and TV shows, but this year, they are publicly boycotting the whole affair.

“Right now, Hollywood, for the most part, is not paying attention to the Golden Globes,” said Marc Malkin, Variety’s senior culture and events editor.

“If Hollywood isn’t recognizing these awards in any way, what kind of significance can they actually have? I don’t think much,” he told AFP.

The boycott is the result of years of questionable practices by the Hollywood Foreign Press Association, whose members vote on the Globes.

The group of 100-odd entertainment writers with links to foreign publications had long been accused – privately, within Hollywood circles – of a litany of failings from corruption to racism.

But the outsized power of the Globes – second only to the Oscars in terms of clout – meant any criticism of the group was guarded, until a Los Angeles Times expose showing the HFPA had no Black members opened the floodgates last year. Television rights-holder NBC scrapped this year’s awards broadcast.

So Sunday’s stripped-back 79th Golden Globe Awards – set to begin at 6 pm (4 am SAST) – will have no audience, media or stars, with organizers officially citing the resurgent pandemic as the reason.

“The Hollywood Foreign Press Association did try to get celebrities to come and announce the winners of this year’s Golden Globes. And no celebrity – no celebrity – said yes,” added Malkin.

This year’s event is a far cry from the Globes’ traditional role as “Hollywood’s favourite party,” and the first major event of the film awards season.

Movies winning Globes – or even getting nominations – usually report bumps in ticket sales, and studios in other years have proudly plastered their Globe tallies on Sunset Boulevard billboards and ads.

This year, Kenneth Branagh’s Belfast and Jane Campion’s The Power of the Dog topped the Globes nominations, with seven apiece.

But neither film’s social media accounts or trailers have made any mention of that, instead of trumpeting other accolades such as nominations for the Critics Choice Awards, and others offered by local city-based critics’ groups, as well as festival prizes.

“If you’re a studio that hopes to get Golden Globe recognition, but then you get the Golden Globe and you actually don’t celebrate it, does it matter?” asked Malkin.

COULD THE GOLDEN GLOBES MAKE A COMEBACK?

Of course, Hollywood loves a good comeback story, and few would be brave enough to publicly write off a return to good graces for the internationally famous awards.

“A gold statue is a gold statue. And for decades, it’s been a barometer of success,” said Richard Licata, a TV communications strategist and CEO of Licata & Co.

“To me, the Globes have always mattered to anyone who was ever campaigning for an Oscar or an Emmy,” he added.

Since the scandal broke, the HFPA has rushed through reforms, including admitting its biggest ever annual intake of notably more diverse new members.

It has banned members from accepting lavish gifts and hotel stays from studios courting their votes.

“As the months have gone on, and this organization has reorganized, re-governed themselves, I think saner minds recently have detected that the boycott was more than a whiff of a personal vendetta,” said Licata.

While studios are publicly holding the HFPA at arm’s length, sources told AFP that members were quietly being sent links or DVDs, and being invited to screenings – sometimes even at the request of their A-list stars. So, do the Globes still matter? Maybe someday.

“This is an industry that has a very long history of forgiving. They’ll take something down, and then after a period of time, there’s forgiveness,” Licata said.

“Yeah, I think the Globes will come back.”