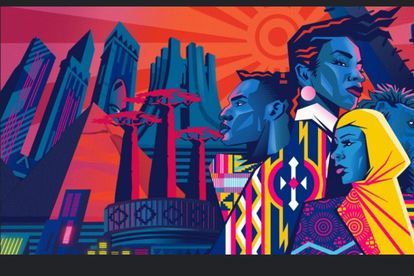 Netflix is celebrating Africa Month with a new collection of local stories titled From Cape to Cairo in anticipation of Africa Day on 25 May.

‘FROM CAPE TO CAIRO’

There’s plenty that’s unique about Africa — from being the world’s hottest continent to being home to more than 1.2 billion people spread over 54 countries who speak more than 2,000 different languages.

With this rich cultural heritage, there’s a multitude of stories to be told from, and about, the continent and its people. That’s why in May, Netflix is celebrating these stories and storytellers in anticipation of Africa Day on 25 May through a new collection titled ‘From Cape to Cairo’.

This year, the African Union has deemed 2022 “the year of nutrition” and in that spirit, Netflix is bringing our members stories from North, East, West, Central and Southern Africa to feast on.

This collection includes rows like ‘Our Music, Our Culture, Our History;’ ‘Award-Winners & Critics’ Favourites;’ ‘African Women Behind the Camera;’ ‘Love Across the Continent;’ ‘Stories From The African Diaspora;’ and more recommendations to help you find your next favourite African series, film or special.

The ‘From Cape to Cairo’ collection will feature Netflix’s latest African series, Blood Sisters (Nigeria) and Savage Beauty (South Africa) — both launching in May — and many other stories that showcase the continent’s creativity and talent.

The podcast launches on the 4th of May on our AfricaOnNetflix YouTube channel as well as Apple iTunes and Spotify podcasts globally.

ALSO READ: ‘Savage Beauty’, ‘Bling Empire’ & more: What to expect on Netflix this May