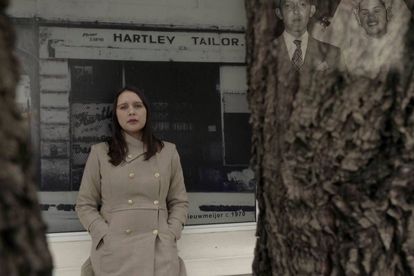 Just in time for Heritage month, District Six Rising From The Dust brought home the Best Documentary award at the Wales International film Festival. The documentary is directed by Weaam Williams and her husband Nafia Kocks is the cinematographer. The documentary is produced by Tribal Alchemy Productions.

“I am profoundly humbled and honoured at this acknowledgement coming from international shores, I must admit there were some serious contenders in the Best Documentary category, and being nominated among such great filmmakers from all around the world was indeed an  achievement. Winning the category is absolutely amazing!,” said Williams.

The documentary is available to view online until the 19 September here.

“At the beginning of this year I received a number of emails from the UK, from interested audience members who wanted to watch the film at a UK festival,” said Williams.

“One of them is an expat named Sophie Talbot, who reached out to me and suggested I submit to Wales International Film Festival,  because of their solidarity with the anti-apartheid struggle in South Africa. Ms Talbot is emotionally tied to South Africa and District Six, as it is where her Mother is from,” she continued.

District Six Rising from the Dust was produced over a period of six years and documents the director’s journey as she returns to District Six after her family had lost all of their land and businesses under the apartheid Group Areas Act. The director and cinematographer lived in District Six from 2013 to 2019 where they documented the journey of one who returns to the land.

The film is told from a deeply personal perspective, as Weaam Williams learns the true history of her ancestors.

“The painful story of District Six was never told to me when I was growing up, it was always about  the joy. When I undertook making the film my Mother spoke to me for the first time about our  painful family history. However, as my film makes clear it is not only my family’s story but the story  of tens of thousands of others who were forcibly removed,” continued Williams.

The film garnered support from artists and photographers who have worked in the neighbourhood including the late fine artist Sandra Mc Gregor, photographs by Cloete Breytenbach. The music is by Taliep  Petersen and David Kramer as well as video archive from UCT Special Collections and Oryx Media.

“When I started with production and consulted with these role players all of them came on board effortlessly without hesitation. I think it was because they knew that my film was born out of a place of sincerity and that my family is one of those who lost their land during the forced removals,” she continued.

“I must mention that Benny Gool gave me full access to the Oryx Media archive, and David Kramer  went beyond the call of duty to assist with whatever was required, ” she added.

The documentary is currently a part of Library Collections at Edinburgh University, Duke University and the University of Toronto.