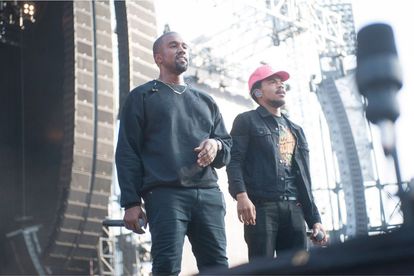 Kanye West and Chance the Rapper. Image via Twitter @VibeMagazine

Kanye West and Chance the Rapper. Image via Twitter @VibeMagazine

Chance the Rapper thinks Kanye West is like a modern-day version of Michelangelo. The 28 year old star has collaborated with the controversial rapper in the past, and he’s likened Kanye to the Renaissance artist.

Speaking about Kanye and his new album Donda, Chance explained:

“He’s obviously a legend. He’s a very different artist from most of the people we’ve seen so far,” he said.

“As everybody knows I rock with Jesus. It’s the first time that you’ve seen an artist of that magnitude in present-day or in current times using all their resources to create a piece of art that’s fully magnifying God in a very unapologetic way. Not used to seeing that, people that did that are like Michelangelo, and old Renaissance artists and stuff. That’s a cool thing to see.”

Chance has collaborated with a host of big-name artists in the past, and he’s also admitted that he’d love to work with British rapper Giggs.

Speaking on the KISS Hype Chart with Tinea, Chance shared:

“I just reached out to Giggs a second ago. He’s amazing. Actually, who I also just hit up was James Blake. He’s about to drop a new album soon. I actually recorded a song with James Blake in London in 2015 … ‘Life Round Here’.”

Chance previously joked that at one stage in his career, he wanted Kanye to be his “dad”. The rap star explained that he used to crave West’s approval.

Discussing his admiration for the rap icon, Chance said:

“The kid in me wanted a certain type of approval [from West].”