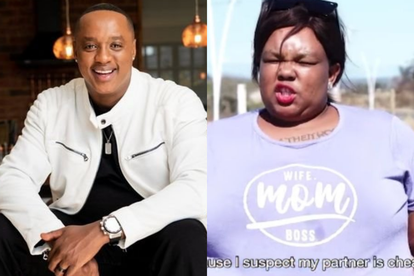 This Sunday’s episode of Uyajola 9/9 has once again resulted in both Jub Jub and the show trending on Twitter. As usual, thousands of South Africans grabbed their popcorn and parked in front of their TVs to watch Jub Jub face an angry man while helping a suspicious woman uncover the truth about her cheating partner.

Many South Africans are hooked on Moja Love’s Uyajola 9/9 and make a point of tuning in every Sunday evening. It has also become a tradition for them to head to Twitter where they discuss all the drama that unfolded in the latest episode of the South African version of the popular US reality show Cheaters.

On the latest episode of Uyajola 9/9 a woman shares with Jub Jub how her man started acting weird and only answering his phone in the bathroom or while she was asleep. She then asks Jub Jub to help her find out if he’s cheating — and it turns out he was.

Watch: Tough day at the mall…

The cheater and his mistress are caught red-handed at a mall and he isn’t happy about it, especially when his woman starts handing out slaps. He then reverts to kicking and fighting to free himself from the grips of the security team who are always on point when it comes to letting drama slide but stopping it before someone is seriously hurt.

Once all the violence ends, it also ends in tears for the side chick who gets told by the cheating man that she is a “straatsmeid” and was only being used as a “stress-reliever”.

What Mzansi has to say

“I’m still trying to figure out why ausi wa side chick started crying so much. Iyooooh drama#Uyajola99Sundays”

“Not the boyfriend swinging at the bouncer chile #Uyajola99 #Uyajola99Sundays”

“You already know next Sunday is gonna be lit #Uyajola99 #Uyajola99Sundays”