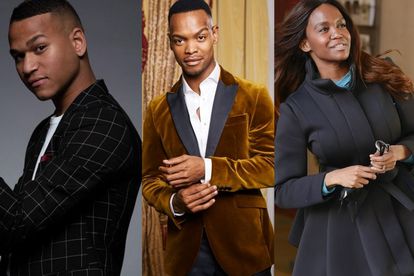 Season 19 of Strictly Come Dancing kicked off on 18 September with a pre-recorded show where the pairings were announced. Strictly fans were excited to learn that flamboyant dancer Johannes Radebe is making history as a part of the first all-male pairing with Great British Bake Off winner John Whaite.

Johannes and John are Strictly Come Dancing’s second same-sex paring after former British boxer Nicola Adams and her dancer partner Katya Jones on season 18 of the show. Johannes Radebe first appeared on the show in 2018.

Speaking to Daily Star, John Whaite hopes to be a role model for young LGBTQIA+ people. He also noted that he had not received any messages of negativity since the news was announced.

“Because I’m doing the first all-male partnership I genuinely did think I was going to receive a fair bit of hate in my inbox – because you do!”

“As a gay man you get a lot of hate, it’s a thing you grow up and learn to deal with. You shouldn’t have to, but you do.”

Pretoria-born dancer Oti Mabuse walked away as the winner of Strictly Come Dancing in 2019 and 2020. Mabuse is returning to the Strictly stage with English rugby player Ugo Monye.

The 31-year-old dancer joined Strictly Come Dancing in 2015 and she has appeared on every season of the show since then. She has also become a regular on UK television screens. Besides appearing on Strictly Come Dancing she was a contestant on Celebrity Masterchef in 2019 and was a panelist on The Masked Dancer UK earlier this year.

Oti’s sister Motsi Mabuse will be a Strictly Come Dancing judge for the third time.

On her sister Oti, Motsi said: “There’s a lot of pressure on my little one. But she’s a lion. She’s a fighter, she’s got all great qualities and she’s not going down without a fight.”

Cape Town dancer Cameron Lombard is the third South African dancer that will feature on season 19 of Strictly Come Dancing. This will be his first season on the show.

“It is an honour to be representing Cape Town,” said Lombard. The young dancer has not been allocated a dance partner yet.