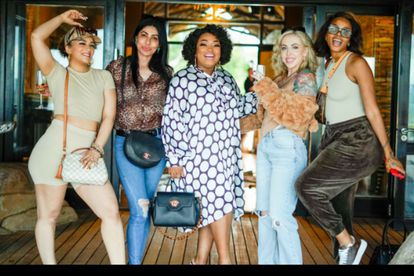 Entertainment commentator Phil Mphela reported that the Real Housewives of Durban (RHOD) will be returning for a third season – via a tweet on 22 September.

Entertainment commentator Phil Mphela reported that Showmax confirmed Real Housewives of Durban (RHOD) has been renewed for a third season. Mphela went on to say that it is unclear whether all the ladies from the second season will be returning for season three. Take a look…

“TV: #RHODbn renewed. Showmax has confirmed that The Real Housewives of Durban reality tv show has been renewed for another season. No word yet on whether all ladies from Season 2 will return for Season 3,” he tweeted.

Multichoice confirmed that RHOD will be returning for a third season.

“After another Twitter-topping season, The Real Housewives of Durban are coming back with more of the class, glamour, sass and drama we’ve come to expect from the franchise,” read a statement.

Twitter users thought that LaConco, the “baby mama” of former President Jacob Zuma will not be returning for the third season.

“I know these devils definitely kicked out LaC. Londi is kinda living in Witbank now. What’s happening with RHOJ? We miss them now,” wrote @NanSishange.

While others called for Gugu Khathi to be on the show. Gugu is the wife of DJ Tira.

“Jojo and Thobile must be let go off. Either Ayanda Ncwane is brought back or Zama gcaba mabaso and Gugu Khathi should be added as new cast members,” wrote @jojo03216.

Other Tweeps praised the hit show.

“please keep renewing the show up until season 20 at least let’s have a show that is consistent please, we can’t be watching other real housewives from other countries while we have our own please,” wrote @Thabi_mbumblee.