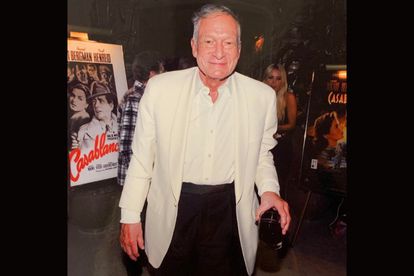 Founder and editor-in-chief of Playboy magazine Hugh Hefner’s complicated and controversial legacy is explored in A&E documentary series Secrets of Playboy — a teaser trailer was released on 7 December.

A&E’s Secrets of Playboy series takes a deeper look into Hugh Hefner’s controversial legacy. The publisher jump started the sexual revolution in 1953 when he launched the magazine. This was an era of sexual freedom and expression but the 10-episode docuseries explores the dark secrets of Hefner.

According to Entertainment Weekly, Playboy’s “glossy facade” was a “more sinister reality” that allowed for decades of “nefarious conduct including sexual assault and drug abuse to flourish, and where prostitution, suicide and even murder lurked in the shadows.

The series explores how the Playboy “machine was a powerful force that, at its worst, manipulated women in a toxic environment, silencing their voices, pitting them against one another, and opening the door to sexual predators.”

There are three different teaser trailers for the upcoming series. In August, a trailer focusing on his legacy was released.

“A&E Network will premiere the documentary event exploring the hidden truths behind the fable and philosophy of the Playboy empire through a modern-day lens. The series delves into the complex world Hugh Hefner created and examines its far-reaching consequences on our culture’s view of power and sexuality,” the description read.

The other looks into freedom and opportunities that Hefner offered to them as young women.

“Secrets of Playboy explores the hidden realities behind the fable and philosophy of the Playboy empire through today’s lens. In this clip, former Director of Playmate Promotions Miki Garcia, Bunny Trainer Jaki Nett, and Bunny Mother PJ Masten reflect on the freedom and opportunities the Playboy world offered them as young women,” read the description.

Carol Bouwer is an active director of 24 companies, CIPC reports