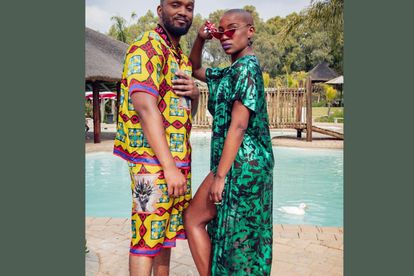 Tumi and Khaya on ‘How to Ruin Christmas: The Funeral’. Image: Supplied.

Tumi and Khaya on ‘How to Ruin Christmas: The Funeral’. Image: Supplied.

Netflix released the official trailer for How to Ruin Christmas: The Funeral today (16 November).

‘HOW TO RUIN CHRISTMAS: THE FUNERAL’

In April, Netflix revealed that a second season of How To Ruin Christmas: The Wedding was in the works. Last week the streaming platform announced the release date for season two — 10 December.

“The Sellos and Twalas are back! ???????????????? Which means more drama, more laughter and more Succulent ???? #HowToRuinChristmas2 premieres 10 December. Only on Netflix,” the post was captioned.

Netflix has now dropped a huge bombshell — This season will be centred around a funeral. Gogo Twala (Nandi Nyembe) unfortunately passes away after a fun-filled day under the not-so-watchful eye of Tumi Sello (Busi Lurayi.)

The season will explore festive firsts for the blended family, such as

The four-episode series is created and produced by siblings Rethabile Ramaphakela and Katleho Ramaphakela. All the original cast members are set to return. In addition, veteran actress Thembi Nyandeni, who stars in IsiBaya joins the cast as Gogo Twala’s sister. She is set to bring her own twist to the storyline.

THE TWALA’S AND SELLO’S HEAD TO KWAZULU-NATAL

The Twala’s and Sello’s head to KwaZulu-Natal for the burial of their beloved Gogo who has some secrets of her own. So, viewers are in for some comedic relief this season.

“We follow the bereaved family to KwaZulu-Natal as they quickly band together on Christmas Day to plan the burial of Gogo Twala — which comes with its own set of challenges as the chief mourners descend into town to ensure a smooth service and After Tears reception,” reads the film’s synopsis.

“We find out more about the vivacious Gogo Twala, who, of course, has her own secrets (did we expect anything less?) and dive deeper into the inner workings of the couples and families as the story unfolds,” the synopsis continued.

“The Sellos, the Twalas and the festive season! What could go wrong? Everything… but it’ll leave you dying of laughter! ???? #HowToRuinChristmas2 premieres 10 December ????,” reads the description of the trailer.