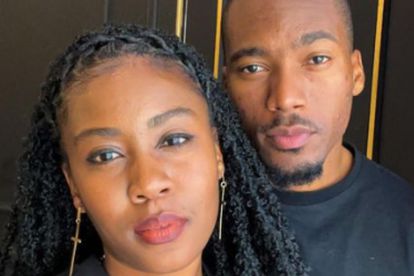 ‘WE ARE MAN AND WIFE’

The dancer Thato Immaculate and reality TV star Gash1 fell in love towards the end of 2022’s Big Brother Mzansi house, began dating when she got evicted and are now married.

The lovebirds continued to date outside the reality TV show after Thato got evicted and Gash1 came second after this year’s winner Mphowadimo.

They became more popular on social media and after the show when they introduced their families to each other and sparked engagement rumours a few weeks ago.

The couple who are known as Thatsh1 announced on social media last week that they took a major step in their relationship and hinted they got married.

“All I can reveal is that the two families have come together. And yes, I am Thato Mthombeni.”

WHY THATO DOESN’T USE GASH1’S NAMES YET

The influencer Thato Mokoena added that she’s still using her name until the process of being a wife has been concluded.

“Becoming a Mrs takes time. There are processes. It’s a journey and we’ve taken the first step.”

“For now, I’ll be using my two names, Thato Immaculate. In fact, I’ve been using those names and not my surname on social media because I knew my surname would change.”

South Africans have flocked to their social media accounts to congratulate them and wished them well, since their announcement.

City of Tshwane internet and prepaid services are down