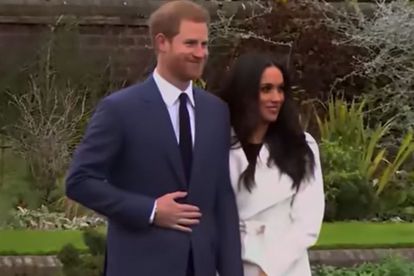 Netflix has been slammed for showing a photograph in the trailer for Harry & Meghan that was reportedly taken five years before they met. The trailer was released on Monday 5 December.

NETFLIX SLAMMED FOR USING PIC FROM BEFORE HARRY AND MEGHAN MET

The Daily Mail reports that a photograph seen in the Netflix trailer for Harry & Meghan – which showed than they were hounded by paparazzi – was actually taken five years before they met.

The photography showed a large number of photographers fighting for a space to take pictures of Prince Harry and Meghan Markle. According to the publication, the photo was actually taken at the Harry Potter and the Deathly Hallows: Part Two premiere in London in 2011.

The pair were in fact alongside the red carpet at the Harry Potter premiere. This was five years before they met in 2016. The picture was shown as Harry says “I had to do everything I could to protect my family”.

Take a look at the first teaser…

Ingrid Seward, a royal expert said that Harry may not have realised but Netflix was “careless”. So, this weakens the Duke’s comment on protecting his family.

“I don’t imagine Harry would have realised, but Netflix have been careless here as it weakens Harry’s comment about protecting his family. This fake picture weakens his point,” said Seward to The Sun.

It is understood that no royals had attended the premiere. However, it seems it may have been a stock photo as it appears first under the search results for “paparazzi” on Alamy – a stock image website.

Harry & Meghan is a six-part docuseries which will be released in two parts:

The docuseries includes interviews with historians and journalists – who dissect how media influenced the Duke and Duchess’ relationship with the royal family and the Commonwealth at large.