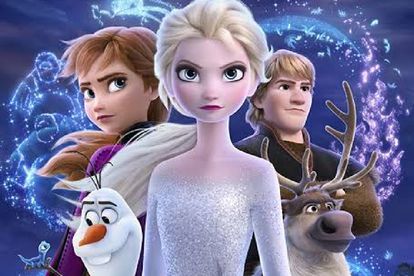 A musician is suing Disney for copyright infringement over a song on ‘Frozen 2’. Image via Twitter @vanessaofOz

A musician is suing Disney for copyright infringement over a song on ‘Frozen 2’. Image via Twitter @vanessaofOz

Almost three years after Frozen 2 was released, a musician has filed a lawsuit against Walt Disney Co. and songwriters Robert Lopez and Kristen Anderson-Lopez due to an alleged copyright infringement over one of the movie’s songs.

According to Reuters, musician Daniel Grigson filed a lawsuit at the Los Angeles Federal Court on Tuesday 1 November, where he accused the songwriters of the Frozen 2 song Some Things Never Change of copying parts of his track, That Girl.

In the court papers, Grigson (who is the plaintiff) mentioned that he has a very public history of writing original music for and with children as he runs an educational nonprofit called the Sprout Experience.

ALSO READ: Game-changer: Disney+ to be available on Xbox consoles in SA

In 1999, the musician’s band Neccos for Breakfast released That Girl which was streamed over 100,000 times on Trusonic (a business music platform) through 2014 and can still be found on other streaming platforms.

‘THAT GIRL’ VS ‘ SOME THINGS NEVER CHANGE’

As per the lawsuit, he hired musicologist and symphony conductor Robert Tomaro who found several significant similarities between That Girl and Disney’s Some Things Never Change. Tomaro found that the rhythm sections, melodic structure and chord progressions were all similar. In addition, he said that the chorus of That Girl also focuses on the lyric “some people never change.”

The plaintiff claimed that his daughter, who was 11 years old in 2019 when he took her to watch Frozen 2, also picked up the similarities.

“His 11-year-old daughter leaned over to him and said ‘Dad, Disney took your song,'” reads the lawsuit.

As a result, Grigson is seeking damages and profits Disney made from the song and he has also urged the company to stop using it, according to TMZ.