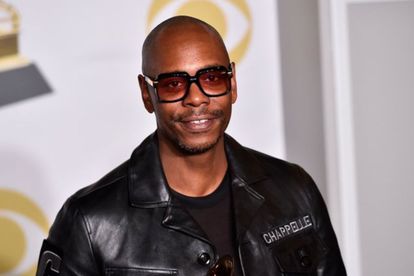 Comedian Dave Chappelle has been nominated for a Grammy. Image via Twitter @variety

Comedian Dave Chappelle has been nominated for a Grammy. Image via Twitter @variety

Not so long ago, US comedian Dave Chappelle was “cancelled” by social media users for his Netfllix special The Closer. The special got a lot of negative attention from trans people who criticised both Netflix and Chappelle for his comments during the show. Despite this, Chappelle has been nominated for a Grammy Award.

On 1 October this year, Netflix aired Dave Chappelle’s The Closer and got millions of views. The show sparked worldwide outrage because of Chappelle’s comments about transgender people and the LGBTQ+ community.

Soon there were calls for Chappelle to be “cancelled” and many people agreed.

Now people are wondering whether cancel culture is even a thing since Chappelle has been nominated for a Grammy Award. A lot of people have criticised the Grammy’s for what they believe is “honouring terrible people.”

Chappelle has been nominated for the Netflix special, 8:46, in the best-spoken word album category.

Chappelle’s nomination is not the only one that has left social media users outraged. Both Marilyn Manson and Louis C.K – who were accused of sexual assault – were nominated.

More than a dozen women came forward to claim that the Manson – real name Brian Hugh Warner – sexually assaulted them. This is something Manson denies, saying that all sexual relationships with the women were consensual.

Despite this, he has been nominated in the category Album of the Year for his work on Kanye’s Donda album. Louis C.K admitted to showing his genitals to five women and he too was nominated for Best Comedy Album.

DaBaby was also supposedly “cancelled” for his homophobic comments while performing at Miami’s Rolling Loud festival. He was dropped from a number of lineups and widely criticised by social media users and other celebs.

And yet, he was nominated alongside Manson for their work on Kanye’s Donda.

What are netizens saying?

“I don’t ever wanna hear about cancel culture again. It’s a made-up boogie man meant to turn us against each other. Louie CK has a fucking Grammy nomination.”

“People still complain about ‘cancel culture’, while an abuser gets a Grammy nomination.”