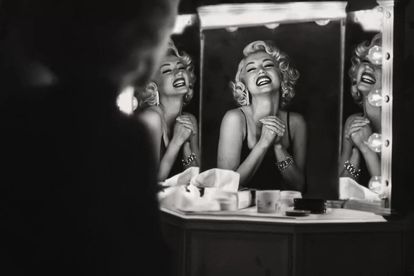 Netflix officially released Blonde, a biopic that explores the rise of iconic Hollywood actress and singer Marilyn Monroe on Wednesday 28 September. Film lovers slammed the film’s production team for their portrayal of Monroe. One tweep said the film was “distasteful”.

According to Variety, Blonde is a close look at Marilyn Monroe’s childhood, her rise as an actress in Hollywood and her romantic relationships. The film was directed by Andrew Dominik and is based on Joyce Carol Oates’ 2000 novel of the same name.

Cuban-Spanish actress Ana de Armas plays Marilyn Monroe in Blonde. The 34-year-old actress said she had studied hundreds of photographs, videos, audio recordings and films about Monroe ahead of the film.

“Every scene is inspired by an existing photograph. We’d pore over detail in the photo and debate what was happening in it,” said de Armas.

TWEEPS ARE NOT PLEASED WITH ‘BLONDE’

Following the release of Blonde, tweeps were not pleased with the portrayal of Marilyn Monroe. One tweep said it was “a disappointment to her legacy”.

“Blonde is distasteful. Even if it is a fictionalised story, there can be some care put towards the film. There is this emotional detachment from Marilyn Monroe that makes this such a dark and graphic film. It’s actually disturbing how exploitative this is,” wrote one tweep.

“The Marilyn Monroe movie Blonde on Netflix is terrible, it does not show Marilyn Monroe’s life at all. It’s actually a disappointment to her legacy. This movie was the most disturbing movie I’ve ever watched,” wrote another tweep.

“Started watching “Blonde” the Marilyn movie on Netflix and… it’s so made for the male gaze. I hate it. It’s shot beautifully but the content is… not it. Obvious it’s written & directed by a man unfortunately.”

ALSO READ: Marilyn Monroe: The dark side revealed in Blonde