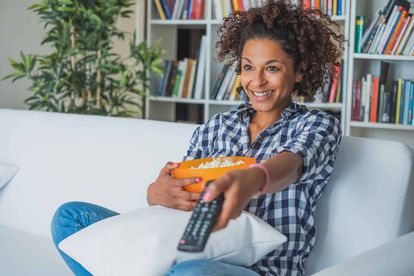 The throwback series are a product of Netflix’s Strong Black Lead slate.

What is Strong Black Lead?

Strong Black Lead is a sub-brand of Netflix, created with the intention of boosting content that tells the story of the life and experiences of black people.

First aired in 1994, Sister Sister stars twins, Tia Mowry-Hardict and Tamera Mowry-Housley, who meet in their teens after having been separated at birth.

Tamera has spoken widely on YouTube and Twitter about everything from how the twins got the roles to their best guest performers and almost everything in between. Tamera also has a YouTube channel, The Housley Life, which has more than 341,000 followers.

Tia has taken a more radical approach by opening up about her experiences as a person of colour and a child star in Hollywood. She has spoken out about issues such as unequal treatment and other first-hand experiences via her YouTube channel, Tia Mowry’s Quick Fix.

The show ran for eight years, with eight seasons, and 2020 marks its 20-year anniversary.

Most of them had complaining about Joan in common.

The famous Mo to the E, To The theme song is almost ready to be heard again later in November:

The hype around the three iconic sitcoms coming to Netflix even inspired a few 2020 Halloween costumes.