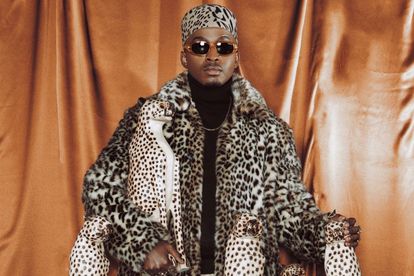 Trevor Stuurman is an award-winning contemporary multimedia artist who was one of the bright minds that contributed to Beyoncé’s musical film Black is King, released in 2020. The visual spectacle won an Emmy award at the Creative Arts Emmys earlier this month.

American costume designer and fashion stylist Zerina Akers, accepted the Emmy award for outstanding costumes for a variety, nonfiction or reality program at the Creative Arts Emmys held earlier this month. Akers thanked 28-year-old Trevor Stuurman for his contribution to Black is King.

“I wanna thank Trevor Stuurman. You really killed it in South Africa, you and your team were phenomenal and all the other creatives that worked on this project,” said Akers.

Interestingly enough this was Trevor Stuurman’s second time working with Beyoncé. He snapped photographs of Beyoncé and Jay-Z’s performance on the Global Citizen Stage in 2018 at FNB Stadium in Johannesburg.

STUURMAN ON WORKING WITH BEYONCÉ

Speaking to Newzroom Afrika this morning, Stuurman shared that working on the project took a lot of hours and an abundance of research. For Black is King specifically, Stuurman worked closely with Beyoncé’s creative director but he did not get a chance to interact with her on this project.

“With Beyoncé, she is quite particular in the way she does her work and she’s quite involved as well. She’s a perfectionist and I guess that pushes you to push yourself beyond your own understanding of what your limit is.”

Stuurman shared that he had to use the psychology of colours to attach characteristics to certain characters. He says although the film is quite artistic, the meaning is simple to follow.

“You kind of encode and decode certain meanings. For an untrained eye, they find that more special.”

“Scar is the villain of the film and he had a lot of leather… Red was quite a prominent colour in his costume and he had sharp toed shoes with an iron steel toe and a lot of rings.”

Trevor Stuurman says he hopes to build platforms for other creatives to break boundaries in the industry.

The Kimberly-born creative is associated with a plethora of brands such as Mini Cooper, Rich Mnisi and GQ. He has collaborated with the likes of Black Coffee and local artist Nelson Makomo.