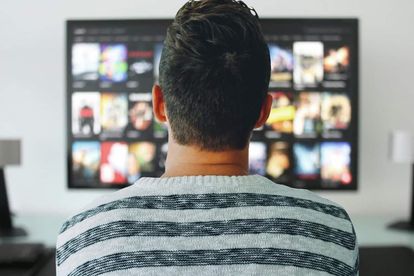 Lockdown has given us time at home so here are six series with at least five seasons each which will give you plenty to binge-watch.

It has been five months into the coronavirus pandemic and many film lovers are searching for a gripping series to watch long-term. And by “long-term” we mean a series that is at least five seasons long…

Here is our list of six iconic series to binge-watch. Whether you are into horror, drama, mystery, comedy or all of the above, there is something on this list for you.

At some point in your life you must have stumbled upon the I’ll Be There for You theme song or have seen the Friends logo on a T-shirt. This entertaining and funny series revolves around the lives of six reckless adults who happen to be friends.

Located in Manhattan, the viewer can indulge in their personal, yet ever so troublesome, adventures.

The series takes place in New York City and showcases the complex process of determining whether a person is guilty or innocent. The headlines of that era often inspire the content of episodes. In addition, the plots highlight personal dilemmas people can relate to.

This starts off as a group of surgical interns who embark on their medical journey. Then it slowly develops into a group of medical residents and supervisors who become part of heart-wrenching stories.

Ultimately, they make life-changing decisions in order to become the finest doctors. There are additional spin-off series, such as: Private Practice, Station 19 and Grey’s Anatomy: B-Team.

Set in the United States, a zombie apocalypse begins to spread. In response a police officer leads a group of survivors in search of a safe and secure home. In addition, there are a spin-off series such as: Fear of the Walking Dead, The Walking Dead: Cold Storage and others.

A smart, close-knit and entertaining group of housewives live in Wisteria Lane. But their picture-perfect neighbourhood holds many secrets of forbidden romances, crime and domestic struggles.

The series revolves around an intellectual engineer who inserts himself in the prison system he helped to design. This is in the hope of saving his brother from a death sentence for a crime he was falsely accused of.