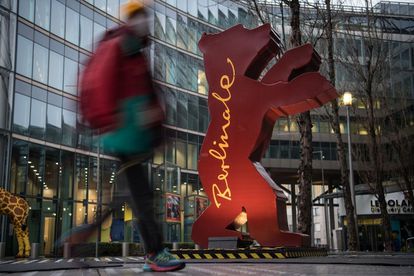 African films are enjoying a high profile at this year’s Berlinale festival, with debuts from South Sudan and the Central African Republic (CAR) turning heads along with a new take on “Nollywood”.

While there are no African films in the main competition at Europe’s first major film festival of the year, several documentaries and features from the continent are running in the event’s sidebar sections.

In the documentary No Simple Way Home, director Akuol de Mabior holds a deeply personal lens to the recent history of South Sudan and the legacy of her father, John Garang de Mabior, a revolutionary leader who was killed in 2005.

De Mabior, who was born and raised in exile, turns the camera on her mother and sister as they strive to find meaning and hope in a country weighed down by years of political and personal trauma.

The film aims to “generate conversations about what it means in an African context to feel at home in your own country”, De Mabior told AFP.

But the film evolved to become more political as her mother was elected as one of five vice-presidents in South Sudan’s new government.

“It started making more sense to think more widely about the impact that she might have on the country, on whether or not this leadership that was part of this liberation struggle are the right people to take things forward,” De Mabior said.

No Simple Way Home is one of two films showing at the Berlinale made under Generation Africa, a project to fund documentaries offering a new narrative on migration.

The other is No U-Turn from Nigerian director Ike Nnaebue, known for his “Nollywood” classics such as A Long Night and Dr Mekam.

In this new documentary, Nnaebue retraces the route he took as a young man from Nigeria via Benin, Mali and Mauritania to Morocco, hoping to get to Europe.

He speaks to young people at various stages of the journey that he himself eventually abandoned, turning back and instead of studying filmmaking in Nigeria.

The characters are a mother trying to cope with the loss of her son, a small-time criminal aspiring to pass on wisdom to his son, and a young woman taking care of the ailing father she never truly loved.

In the short film section, Somali director Mo Harawe’s Will My Parents Come to See Me charts the final day of a prisoner facing the death penalty.

And in the documentary We, Students! young director Rafiki Fariala offers an insight into the chaotic lives of a group of economics students at CAR’s Bangui University.

Fariala turns three of his friends – Nestor, Aaron and Benjamin – into stars as he documents their chaotic romantic lives, academic struggles and run-ins with the law.

The film “is not there to change the world, to change things, but it is to tell our story, to show who we are,” Fariala told AFP.

“Maybe through the film, people will discover our history as young people in a different way,” said Fariala, who was born in Congo but grew up in the CAR after his parents fled there during the Congo War.

Many people associate African countries with war and corruption, but “we also have another history”, he said. “We also have talent. We have another way of seeing things.”