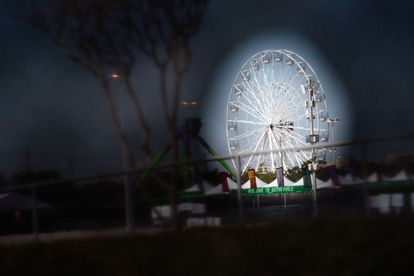 It’s barely been a month since the Astroworld tragedy took place. In fact, the ground is still fresh on the graves of the ten people who died at the deadly concert…

But that has not stopped a film production about the ordeal being commissioned from global streaming service Hulu.

This week a doccie titled Astroworld: Concert from Hell was released on the service, recapping the series of deadly events which took place at the Houston music festival.

But less than 48 hours later, the TV special was pulled from air after widespread backlash.

Twitter users took to the social media platform to express their anger and disappointment at the Astroworld documentary.

One tweep summed up the reaction of angry fans with a tweet that read: “Hulu making a documentary about Astroworld is in poor taste all around. People are still burying their loved ones. The legal cases haven’t even started.

“Great documentaries are done when all the facts are laid out. Not enough time has passed to fully discuss this”.

Others accused Hulu of “making money off the dead”.

“Capitalism will make money off the dead”

“People are getting laid to rest but Hulu decide to drop a documentary about the Astroworld events? The way money rules this world makes me sick”

ALSO READ: ‘With all due respect, no’: Astroworld victim’s family rejects funeral payout

After pulling the Astroworld documentary from air, Hulu responded to the backlash.

They said in a statement to Variety: “This was an investigative local news special from ABC13/KTRK-TV in Houston that originally aired on November 20th.

“This was not a Hulu documentary and has since been removed to avoid confusion.”