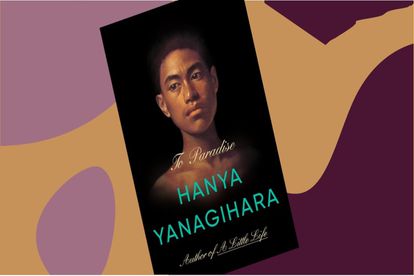 We see it all too often that an author publishes a book, it becomes a cult-classic and makes them the favourite author of many. But then, when the time comes time for that author to release another novel, it fails to live up to the hype of the previous one. This however is far from being the case for international bestselling author Hanya Yanagihara, whose newest novel, To Paradise, is a triumph in every way.

After her second novel, A Little Life, went viral on TikTok, the world has been eagerly awaiting new stories from Yanagihara, and finally, the wait is over.

‘To Paradise’ dubbed a modern classic

In early 2022, To Paradise was released and readers everywhere scrambled to get their hands on what many are calling a modern classic.

At more than 700 words, To Paradise is not for the faint of heart. The length, coupled with Yanagihara’s haunting writing, makes this novel a truly escapist experience.

With simple prose and dialogue, To Paradise invites readers to explore the simplicity of human connection, wrapped up in the complicated reality of what it means to love.

Yanagihara has a way with words that catches you off guard in its relatability; you will find yourself immersed within these pages as the author explores relationships and loss.

To Paradise will tug at your heartstrings with beautiful writing, complex characters and painfully realistic depictions of love in all its forms. It is not a novel to be missed.

“There was a Japanese folktale that you had liked me to tell you, about a boy who was born from a peach and found by an old childless couple. “Read me ‘Momotaro’ again,” you’d say, and then, when I had, “Again.” After a while, I began telling you a version about a boy, Mangotaro, who was discovered inside a mango hanging from the tree in our yard, and how that boy grew up to have many adventures and many friends.

The story always ended with the boy leaving his father and grandmother and aunt and uncle and going far away, where he would have new adventures and make new friends. I knew, even then, that my job was to remain, and yours was to leave, to go somewhere I would never see, to have a life of your own. “What happens next?” you’d ask when the story was over and I’d kissed you goodnight.
“You’ll have to come back and tell me someday”, I’d say.”

In an alternate version of 1893 America, New York is part of the Free States, where people may live and love whomever they please (or so it seems). The fragile young scion of a distinguished family resists betrothal to a worthy suitor, drawn to a charming music teacher of no means.

In a 1993 Manhattan besieged by the AIDS epidemic, a young Hawaiian man lives with his much older, wealthier partner, hiding his troubled childhood and the fate of his father. And in 2093, in a world riven by plagues and governed by totalitarian rule, a powerful scientist’s damaged granddaughter tries to navigate life without him—and solve the mystery of her husband’s disappearances.

These three sections are joined in an enthralling and ingenious symphony, as recurring notes and themes deepen and enrich one another. What unites not just the characters, but these three sections, are their reckonings with the qualities that make us human: Fear. Love. Shame. Need. Loneliness.

To Paradise is a fin de siecle novel of marvelous literary effect, but above all it is a work of emotional genius. The great power of this remarkable novel is driven by Yanagihara’s understanding of the aching desire to protect those we love—partners, lovers, children, friends, family and even our fellow citizens—and the pain that ensues when we cannot.

PRAISE FOR ‘TO PARADISE’

Tour de force…Yanagihara changes the novel landscape: What is different, we accept; what is familiar, we recognize. ‘To Paradise’ resonates because of its exploration of human relationships.

‘To Paradise‘ is a transcendent, visionary novel of stunning scope and depth. A novel so layered, so rich, so relevant, so full of the joys and terrors — the pure mystery — of human life, is not only rare, it’s revolutionary.

Hanya Yanagihara’s ‘To Paradise’ is as good as ‘War and Peace’.

Hanya Yanagihara is an American novelist, editor, and travel writer. Her first novel, The People in the Trees, cemented Yanagihara has a formidable new voice in fiction and it was praised as one of the best novels of 2013.

Her second novel, A Little Life, was published in early 2015 and received widespread critical acclaim. It was shortlisted for the 2015 Man Booker Prize for fiction and won the 2015 Kirkus Prize for fiction. Yanagihara was also chosen as a finalist for the coveted National Book Award in Fiction.

Despite its initial success, A Little Life made Yanagihara a household name after it went viral on TikTok. Since then, Yanagihara has become one of the most prominent voices of our generation.

To Paradise is published by Pan Macmillan and is available at Exclusive Books for R368.

‘Gomora’: Is this the end for Qhoqhoqho and Buhle Ndaba?