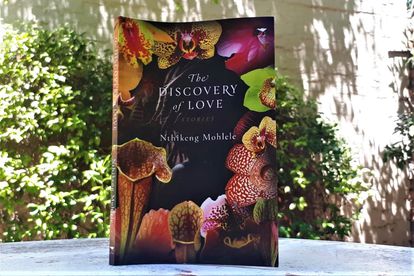 ‘The Discovery of Love’ by Nthikeng Mohlele. Image via The South African.

‘The Discovery of Love’ by Nthikeng Mohlele. Image via The South African.

Award-winning novelist Nthikeng Mohlele has released his much-anticipated seventh book – a collection of short stories, titled The Discovery of Love… and what better time to read it than in the Month of Love?!

Because of the format, namely short stories, this book is so easy to get through and you will want to read all the stories in one sitting.

Mohlele’s unique writing style grabs your attention from the very first page, and while his style is complex, it perfectly complements the complexity of love.

With razor-sharp words, Mohlele lays bare the dark underbelly of what it means to love and be loved. Even though this book is a rich celebration of love, it is far from a depiction through rose-coloured glasses.

His writing is magical in the way that he combines words to form the most beautiful descriptions. He uses words that at first glance should not traditionally gel, but somehow effortlessly capture something of the essence of messy and real love.

His stories in The Discovery of Love come together as a triumph and create an intensely raw experience.

‘The Discovery of Love’: Favourite quotes

“You must understand that in raising a man one has to raise oneself first, to master and respect life’s parameters, to cultivate fonts of wisdom.”

“[…] I have lived enough to know that the journey into adulthood is laced with detours, with dead ends.”

“Love, the more I think about it, is not a physical tangible thing, though it can be expressed in concrete terms, to be caressed and smelled and seen. These, the physical manifestations of love, attained or sought, imagined and wished for, offer an infinite horizon of possibilities and limitations, of excesses and sacrifices, of plans and discoveries, of investigations of connections.”

“Has love transformed so much since as to be almost unrecognizable or so modern that there are sparse pickings in letter writing, poem compositions, passing glances in the moonlight, or even a terror of the possibility of bodies actually touching?”

‘The Discovery of Love’: Synopsis

The Discovery of Love explores and heightens one of the dominant themes in Nthikeng Mohlele’s literary oeuvre, that of love.

In this collection, love is reflected upon in expansive and unexpected dimensions. It becomes the backdrop against which Mohlele delves into the intricacies of the human condition with profound and often unexpected effects.

These stories dazzle: They are wide-ranging in scope, yet particular in their authorial intent.

Mohlele was partly raised in Limpopo and in Tembisa Township and attended the University of the Witwatersrand where he obtained a Bachelor of Arts in dramatic art, publishing studies, and African literature.

The Discovery of Love is published by Jacana Media and is available at Exclusive Books stories for R226.