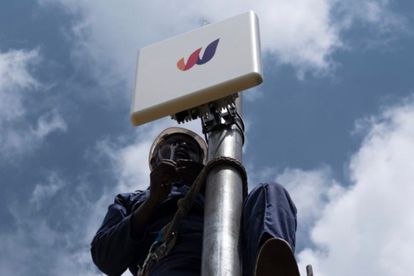 In a report published by Cable.co.uk on global cellular data prices, the Sub-Saharan African nations were found to be paying the second-highest price for a GB of mobile data at $4.47, topped only by North America at an average of $4.98 per GB of data.

These barriers are partly due to tech giants monopolizing the telecommunication industry, leaving customers with minimal options within their regions.

Despite having the most expensive data carrier plans in the world, Africa also has the slowest internet speeds globally, according to a second report published by Cable.co.uk. This map can be better visualised using this image:

The lack of connectivity means a lack of access to tools for growth. The majority of businesses today rely on the internet to accelerate growth, operations, and efficiency. This was highlighted by the COVID-19 pandemic when in the UK alone, over 85,000 businesses from pharmacies to professional trainers turned to online e-commerce stores and marketplaces to continue business as normal during the lockdown.

However, the pandemic exposed a larger underlying issue – the digital divide. With the cost of 1 GB of mobile data equivalent to 40% of a monthly wage, the Sub-Saharan African continent was left behind.

The poor infrastructure and outdated technology provided by current telecommunications companies in Africa serve as a massive barrier to closing this digital divide. The issue has caught the attention of several NGOs and companies working towards a solution, with the World Economic Forum working towards a digital transformation in Africa. While speaking at an event hosted by the International Telecommunications Union, World Mobile pledged to connect 1 billion people by 2030, beginning in Africa..

To avoid the issues current telcom companies are facing across Africa due to the elaborate costs associated with expansion, World Mobile’s expansion plan includes a sharing economy, driven by a community of members wanting to be a part of this movement.

In traditional networks, towers connect to each other to relay information back and forth. These towers can be costly to manage and in case of an outage, this centralised network can shut down, meaning redundancy is required to ensure continued operation. World Mobile solves this cost problem through its dynamic network model, which uses aerostats, Wi-Fi, cellular broadband, and various other technologies to deliver connectivity in the most efficient way possible, depending on the challenges of each region.

The World Mobile network is built on a sharing economy, enabling people to own an AirNode, part of the network that delivers last-mile connectivity, and earn by connecting others. In this way, propagation of coverage can be accelerated and made more efficient while everyone benefits from the network’s adoption.

By using this sharing economy and dynamic network model, World Mobile aims to fulfil its pledge to connect 1 billion people by 2030, which it made during the Partner2Connect Digital Development Roundtable at WTDC in Kigali, Rwanda.

The fundamental human right of connectivity is still inaccessible to many across the world due to financial barriers and monopolies from telecommunication corporations. However, the emergence of decentralisation and the sharing economy has disrupted this industry, with frontrunners like World Mobile harnessing this technology to create an opportunity for operators and cheaper solutions to empower the world that remains disconnected.