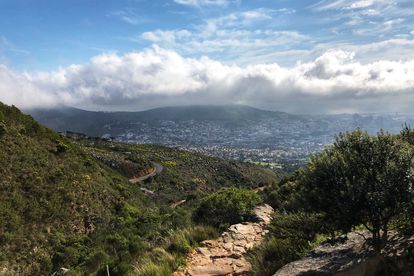 The South African Police Service (SAPS) in the Western Cape is investigating an inquest docket after the dead body of a 53-year-old Table Mountain hiker was recovered on Thursday morning, 6 January.

“According to reports a search was conducted yesterday at about 17:00 after hikers found belongings of the deceased on the mountain,” said van Wyk.

The group of hikers alerted the authorities “after accessing details” on the phone they found among the deceased’s belongings.

Rescuers searching on foot found the deceased’s body lying near a ravine at approximately 19:00 on Wednesday evening.

However, because of the difficult terrain and strong wind, the body could not immediately be retrieved.

“The body was retrieved by a metro rescue team with the help of the Skymed helicopter,” said the police spokesperson.

Wilderness Search and Rescue (WSAR) spokesperson Johan Marais said the search for the deceased was conducted between Yellowstone Gorge – via the Skywalk – towards Platteklip Gorge, which is where the body was eventually found.

“The circumstances of his death cannot be commented on as it is the subject of a police investigation,” said Marais.