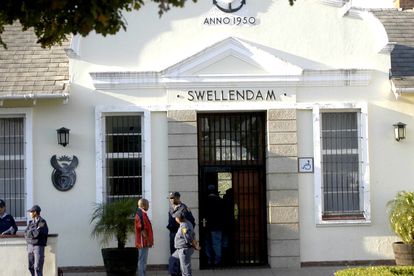 Serial killer Brian Mudyiwayana was convicted of six counts of murder, a count of robbery with aggravating circumstances and a double count of being in South Africa illegally by the Western Cape High Court sitting at the Swellendam Magistrate’s Court on Monday, 28 February.

National Prosecuting Authority (NPA) spokesperson in the Western Cape, Eric Ntabazalila, said the Swelllendam court acquitted the accused of one count of rape.

Mudyiwayana embarked on his killing spree between 2016 and 2017. He murdered five women and a man in Swellendam, Bredasdorp, Mossel Bay and De Doorns during this time period.

“The remains of the women who he duped with false promises of job opportunities or were in love with him were found dumped in open fields in the different towns.

“Pekaan’s body was found in his house and a fridge, DSTV decoder, three television sets, a lawnmower, a new pair of work boots, a pair of training shoes, a DVD player, bedding and a matric ball dress were all missing,” said Ntabazalila.

Judge Derek Wille said the State proved beyond a reasonable doubt that Mudyiwayana committed the offences he was accused of.

However, with the rape charge, the court held that although there was a strong suspicion that the accused raped the deceased – a suspicion was not enough to support a conviction.

“Advocate Megan Blows, who took over the State’s case credited the success of the convictions to the late colleague, Advocat. Mornay Julius, who sadly passed away during the pandemic,” said the NPA spokesperson.

Mudyiwayana is expected to be sentenced on Tuesday, 1 March.