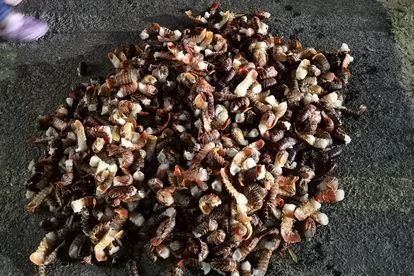 A 33-year-old suspect was arrested for illegal possession of crayfish tails this week. Photo: SAPS.

A 33-year-old suspect was arrested for illegal possession of crayfish tails this week. Photo: SAPS.

The police in the Western Cape continue to crackdown on the illegal crayfish trade in the province. A suspect was arrested in Strand on Tuesday after being caught in possession of nearly 1000 lobster tails.

Twigg said the officers followed up on a tip-off and searched a property in Strand. The man was arrested after members confiscated 936 crayfish tails.

The suspect is expected to make an appearance before the Strand Magistrate’s Court on Friday, 4 February.

In an unrelated matter, a 15-year-old suspect was arrested for possession of a prohibited firearm and ammunition in Protea Park, Atlantis on Wednesday.

The police spokesperson said SAPS members received a complaint about a firearm at a house in Acacia Street. Upon searching the said house they found a 9mm pistol with the serial number scratched off hidden in the room.

The teenager is expected to appear before the Atlantis Magistrate’s Court once he is charged.