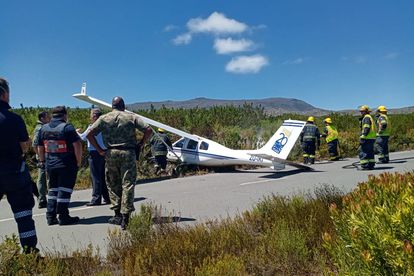 The relevant emergency services, including an ambulance and rescue vehicle, responded to the incident.

“Two male patients sustained minor injuries and were transported to hospitals nearby by a private ambulance service,” said February. The EMS spokesperson said both patients were not seriously injured.

SANParks confirmed the incident. “… a light aircraft crash occurred along Link Road in the Cape Point section of the Table Mountain National Park.”

“All emergency personnel were immediately informed and responded timeously.”

SANParks said the details of the crash are under investigation and added that Link and Olifantsbos Roads will be closed until further notice.