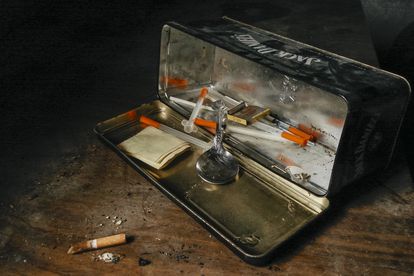 An alleged drug mule was apprehended at Cape Town International Airport on Tuesday, 22 February, after the authorities received a tip-off about a woman suspect travelling from Brazil.

Directorate for Priority Crimes Investigation (Hawks) spokesperson Zinzi Hani said a 28-year-old woman was found in possession of cocaine and heroin with a combined street value of R870 000 at the airport.

“The suspect was intercepted by an integrated multi-disciplinary operation that includes the Hawks’ South African Narcotics Enforcement Bureau (SANEB) together with Crime Intelligence and Customs division from the South African Revenue Services (SARS),” said Hani.

The Hawks said the multi-disciplinary team was tipped off about a suspect travelling from Sao Paulo, Brazil to Cape Town via a Qatari airline.

When the woman’s luggage was searched, the team allegedly discovered more than 2,7 kilograms of cocaine and 200 grams of heroin hidden in her suitcase and shoes.

The woman was subsequently arrested and the drugs were seized. She is expected to appear before the Bellville Magistrate’s Court on 24 February 2022.

“This is an indication of the capacity and capabilities of the joint security forces to decisively deal with the numerous attempts to use the airport as a thoroughfare for drug smuggling,” said the head of the Hawks in the Western Cape, Brigadier Mushavhaduvha Ramovha.