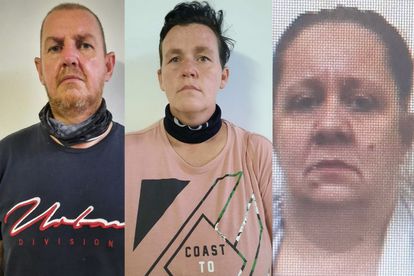 Adele Coetzee (centre) was the mastermind behind the fraud. She was sentenced alongside her husband Marius (left) and car dealership salesperson Mariette Cupido (right). Photos: Supplied / Hawks.

Adele Coetzee (centre) was the mastermind behind the fraud. She was sentenced alongside her husband Marius (left) and car dealership salesperson Mariette Cupido (right). Photos: Supplied / Hawks.

The Bellville Serious Commercial Crimes Court sentenced a couple and an accomplice for vehicle fraud amounting to R27 million, on Wednesday, 9 March, said the Hawks.

Directorate for Priority Crime Investigations (Hawks) spokesperson in the Western Cape Zinzi Hani said the mastermind behind the scam, Adele Coetzee, was found guilty of 71 charges of fraud and sentenced to 15 years imprisonment – six of those years are suspended for a period of five years.

Adele’s husband, Marius Coetzee, was found guilty of 70 charges and sentenced to 15 years imprisonment – a decade of the sentence is suspended for a period of five years.

The couple’s accomplice, Mariette Cupido – who worked as a salesperson at the car dealership in Malmesbury the couple used to facilitate the fraudulent deals – was found guilty of two charges of fraud and handed a 60 direct imprisonment sentence. Additionally, she is subjected to 24 months of correctional supervision.

The Hawks first caught wind of the Coetzee’s dealings in 2014. The Serious Crime Investigation team and banking industry investigated the couple, which led to their arrest in Brits, North West in September of that year.

The couple was arrested in connection with vehicle fraud amounting to R27 million, Cupido was added to the case in 2017.

“The trio was involved in a vehicle-purchase scheme by applying for hire-purchase finance from banking institutions using fraudulent documents in which they were submitted via a dealership in Malmesbury,” said Hani.

They made 73 fraudulent financing transactions between 2012 and 2014.

Adele and Marius acted as agents for the motor company and tricked buyers into signing offers to purchase cars for sale at the dealership’s premises.

During the operation, the investigating team recovered 10 vehicles at a Brits farm near the place the Coetzees fled to from the Western Cape.

On top of the sentences, all three accused were declared unfit to possess a firearm.