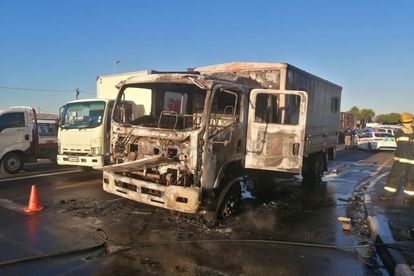 The City of Cape Town said several of its vehicles were petrol bombed in Nyanga on Friday morning, 18 March. Although the motive for the attacks is yet to be established, the City believes the unrest may be related to an incident that took place in the area last week.

MayCo Member for Safety and Security Alderman JP Smith said two Golden Arrow buses, a city truck and two light delivery vehicles, one of which belonged to Eskom, were targeted with petrol bombs between 6:50 and 8:30.

“While the motive has not been established, we suspect it could be in response to operations yesterday to locate the taxi driver and owner who escaped custody when the Philippi East police station was violently attacked last week,” said Smith.

MayCo Member for Water and Sanitation, Zahid Badroodien, said it was reported to him that the City’s services were being targeted by “members belonging to taxi associations in the Nyanga/Gugulethu area.”

For now, all service delivery vehicles in the area have been instructed to immediately withdraw. The City’s safety and security directorate and the South African Police Service (SAPS) are working together to track down the suspects.

“The City will ramp up deployments in the area to assist SAPS in catching the perpetrators, but also to mitigate the risk of further attacks,” said Smith.