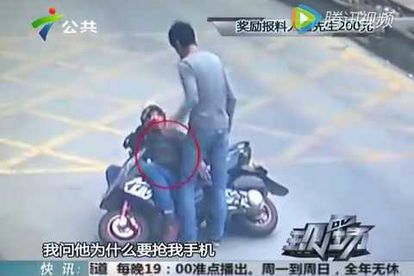 Note to anyone looking to rob Huo of his phone… don’t, you’ll get your ass kicked.

The People’s Daily of China posted the following CCTV footage of some serious karma being dealt by a rather unassuming Huo who had his phone snatched out of his hand while sitting in his truck.

Footage of the incident shows the thief strolling away after stealing the driver’s phone, but when he decided to turn back and head past Huo a second time the driver sprung into action, launching into a Kung Fu kick that knocked the thief off his bike and made the internet’s day.