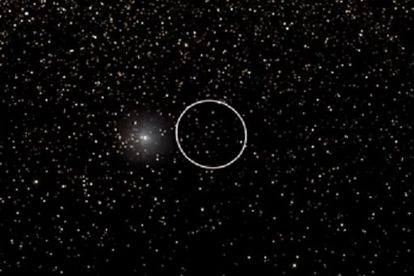 The Southern African Large Telescope (SALT) and Gaia was recently involved in the identification of a hypervelocity star (runaway star) that flung across the galaxy by a supernova explosion that occurred 90 000 years ago.

According to The South African Astronomical Observatory, the discovery of this star and two others may help to solve a decades-old debate on how supernovae occur.

“Type Ia supernovae are the thermonuclear explosions of white dwarfs in binary star systems. They are one of the most common types of supernovae and have a fundamental importance as cosmological distance indicators. Despite this, the nature of the binary system and the details of the explosion has remained a mystery.”

Over the years, many theoretical models have arisen to explain how these stars explode, but there have been few pieces of direct evidence that any of these scenarios actually succeeds in nature.

“One model, dubbed the “dynamically driven double-degenerate double-detonation” (D6) scenario, predicts the possibility that the other star in the binary system is another white dwarf that can survive the explosion of its companion.”

Such a star will reportedly be flung away from the system when the gravitational pull of its companion disappeared and would continue zipping away at speeds between 1000 to 2500 km/s.

A research team has been searching for hypervelocity survivors since April 2018. They eventually discovered three candidates that are likely to be supernovae.

The stars they found had many of the predicted features for ‘survivors’ of D6 Type Ia supernovae (a lack of hydrogen and strong signatures of carbon, oxygen, and magnesium etc).

“The combination of Gaia, which precisely measured the high-speed motion of these hypervelocity stars in the plane of the sky, and the ground-based spectroscopic observations, which provided a measurement of the radial component of the stars’ motion, has shown that these are among the fastest freely moving stars in our Milky Way Galaxy.”

Although there is a lot of work to be done, it is very likely that these stars represent the first discoveries of surviving companions to Type Ia supernovae, and that they confirm the success of the D6 “dynamically driven double-degenerate double-detonation” model.

The path of the star is first shown moving forward in time and subsequently going into the past, back to the supernova remnant. The circle indicates the location of the remnant of the supernova.

A hypervelocity star is a massive star whose 2 million mph velocity can be explained only by ejection from the Galaxy’s massive black hole.

This “outcast” star has been thrown out of the Milky Way and is destined to drift in the emptiness of intergalactic space. According to The Harvard-Smithsonian Center for Astrophysics, hypervelocity stars tell us about the types of stars orbiting near the central black hole and the history of stellar interactions with the central black hole.