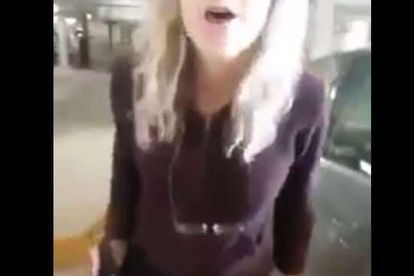 Look, if you want to behave shockingly in 2017 you can best believe that someone will start filming you. And once that video is online? It then becomes completely open to interpretation as part of the always delightful (extreme sarcasm) comment sections.

South Africa Uncensored received a video showing the moments an argument broke out after two cars came into contact in an underground parking garage. The families from both cars exit the respective vehicles and begin screaming at each other.

After a few seconds of screaming and pointing fingers, one woman can be seen making an attempt to grab at an elderly lady across the bonnet of the car. The same women then proceeds to hurl insults and swear words at the woman filming.

The other side of the car shows one of the men attempting to get physical with the other driver. At one point one of the men turns to ask the aggressive women if she is racist? This only seems to infuriate the other family even more.

As the video ends the two men can be seen grappling each other to the ground as the fight breaks out. Check out the video for yourself below.

Not sure what is going on here but damn… this is no way to behave!LIKE our page for more -> South Africa Uncensored