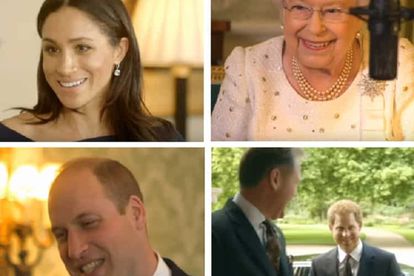 A new documentary titled Queen of the World will explore the role of Queen Elizabeth II as the head of the Commonwealth, an association of 53 independent countries that once belonged to the British Empire.

HBO recently released a trailer for the documentary that is set to air on 25 September 2019 on ITV.

The Queen of the World documentary will reportedly offer insight into the Queen’s role and the baton she is passing to the younger members of the royal family as they continue to build upon the Commonwealth.

Queen of the World will also feature behind the scenes moments with Queen Elizabeth II and other members of the Royal Family, including Prince Charles and Camilla, Princess Anne; Prince William and Catherine, Duchess of Cambridge; Prince Harry and Meghan, Duchess of Sussex; and the Countess of Wessex.

“The Queen is a unique figure on the world stage, with a huge depth of experience having met more global leaders than any previous British monarch and serving longer than all of them,” ITV’s Jo Clinton-Davis said of the project, according to Harper’s Bazaar UK.

“This film is a rare opportunity to see Her Majesty up close and behind the scenes in this role, which means so much to her and has been so significant for Britain and the Commonwealth.”

In the clip, Meghan is captured on camera looking at her wedding dress and the veil that she wore when she married Prince Harry earlier this year. Meghan’s wedding dress comprised of double-bonded pure white silk and was paired with a 16-foot tulle veil with organza embroidery. The 16-foot silk tulle design included a hand-embroidered flower for each nation in the organization – the 53 countries.

“Fifty-three countries, oh my goodness! It will keep us busy,” Meghan says in the trailer, most probably referring to Prince Harry’s new job as Commonwealth Youth Ambassador.

Watch the official trailer for Queen of the World