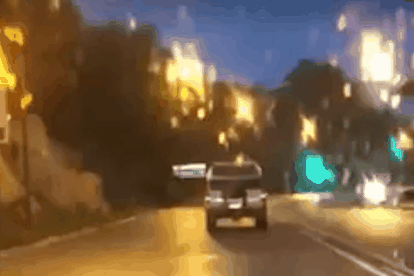 Motorists of Mzansi are fully aware of the hijacking issue on our roads. But, as ways to protect drivers evolve, so do criminal methods. Admittedly, this latest method isn’t as hi-tech as signal jamming or its contemporaries, but it has the potential to be just as devastating.

What is the new method of hijacking cars in South Africa?

Safety groups and political figures – including former Cape Town City Councillor Jacques Weber – are warning drivers of certain motor vehicles to check the canopies attached to the back of their cars, after a video uploaded to Facebook went viral during the week. It showed a would-be carjacker hiding under the sheet, waiting to make their move.

It is understood that, once traffic has come to a standstill at the lights or an intersection, these criminals will sneak into the rear-end of a bakkie or 4×4 vehicle where a canopy is attached. Once the vehicle reaches its final destination, the robber(s) will then confront their victims and take their car.

This extraordinarily brazen attempt was caught on camera by Rupert Bryant, who was behind the vehicle that was ripe for this type of hijacking. Once he noticed there was a man trying to hide under the cover, the “Good Samaritan” followed Sussanah Leigh until she came to a stop in Camps Bay, warning her about what he’d seen.

Leigh described her ordeal via a post on Facebook. She confirmed that she had no idea that there was another person in-transit until she came to a stop, and implored other drivers to stay vigilant and keep their canopies locked.

“A couple followed me until I stopped in Camps Bay and told me. Thank you Rupert Bryant and your friend for filming this and saving me from a situation that could have ended very badly. Keep your canopies locked and be aware of what is happening while you are stopped at intersections.”