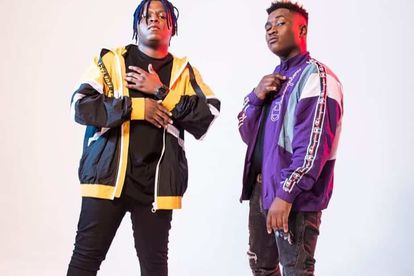 Destruction Boyz have taken the tribal sounds of KwaMashu to greater heights, taking over the Trance scene in Europe and bringing a fresh, Gqom taste to it without the backing of a major record label.

Who are Distruction Boyz?

The duo, Thobani “Que” Mgobhozi and Zipho “Goldmax” Mthembu, hailing from the most notorious township in Kwa-Zulu Natal, came onto the scene with nothing but a rand note and a dream. Their musical talents were hard to ignore after their debut single Omunye dropped in 2017, taking over every nightclub’s sound system in South Africa.

The duo’s debut album, Gqom is the Future, became the first-ever album of the newly-born genre to get gold status in South Africa.

This instantly made them pioneers. However, South Africa is not a high enough feat for Goldmax and Que, as the cries for more of their music come from distant places across our shores.

Their presence on the festival and nightclub scene in Europe earned them the recognition they have worked their entire lives for. Distruction Boyz has since been nominated at this weekend’s MTV Europe Music Awards in the Best International Act category.

Whether they win or not is not the commodity. It is the representation of a genre they have nurtured, from the dusty taxi ranks in KwaMashu to one of the biggest stages in the world, doing it all without the muscle of a major record label.

Recently, BBC flew down to KwaMashu to get a little closer with the duo and find out exactly where the Gqom sound came from.

You can check out how the two destructive boys came to become the phenomenon they are in Europe by watching the video above.