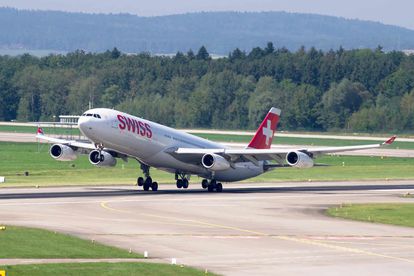 Swissair will begin flying to South Africa in October. Image via Pixabay

Swissair will begin flying to South Africa in October. Image via Pixabay

With the imminent opening of borders and the resumption of international travel just days away, several international airlines have indicated that they intend to reinstate operations to South Africa.

Airlines, travellers and businesses in the tourism sector are eagerly awaiting the government’s release of a list of countries which are placed on the safe-list for travel to and from South Africa.

This has implications for South Africans wanting to travel outside South Africa, as well as for travellers from other countries, who wish to visit South Africa.

AIRLINES INDICATE A WILLINGNESS TO RESUME FLIGHTS TO SA

A number of major international airlines have indicated that they will resume operations to Johannesburg, Durban and Cape Town from October, once the South African government has given the go-ahead.

“Now that we are allowed to take to the skies for commercial flights, we look forward to welcoming our passengers back on board and contribute toward the revival and success of the aviation business and tourism industry in South Africa,” says Air France and KLM’s Regional Manager of the Southern Africa region, Wouter Vermeulen.

“The German market, however, loves South Africa as a destination, and I foresee that once borders are opened, these tourists will come, provided health and hygiene measures are guaranteed,” said Andre Schulz, Lufthansa’s general manager for sales in Southern and East Africa.

Swiss International Airlines will offer one flight per week between Johannesburg and Zurich, from October.

Emirates Airlines will reintroduce flights to Johannesburg and Cape Town from 1 October, and to Durban from 4 October.

Ethiopian Airlines has indicated that it will restart commercial flights to both Johannesburg and Cape Town as of 1 October.

Air France will resume its flights from Johannesburg to Paris, offering 5 flights per week on Monday, Tuesday, Thursday, Saturday and Sunday. Flights between Cape Town and Paris should be reinstated from 5 December, with flights being operated on Mondays, Wednesdays and Saturdays.

ONBOARD HEALTH AND SAFETY MEASURES ARE A PRIORITY

Demand for flying has shrunk since the arrival of COVID-19.  Flying during a pandemic is a risky activity. Airlines have the difficult task of rebuilding customer confidence for flying once again. Airlines have implemented measures that mitigate infection during the entire flight process.

“Passengers and crew will be required to wear a mask for the duration of the flight. We will have additional hand sanitisers on board and ensure ample sanitation of the aircraft to ensure that our passengers and crew feel safe and secure during their flight, and have peace of mind,”  said Wouter Vermeulen, Regional Manager – Air France and KLM.

“More important than telling passengers that they will be served the best wine and enjoy the best entertainment on board, has become their need to have confidence in health and hygiene measures, to provide them with a safe journey,” says Lufthansa’s Andre Schulz.

Airlines have warned that their scheduled operations are subject to change. Passenger demand will dictate the number of flights that are operated in the short term.

When demand increases, airlines will increase the number of flights they operate to South Africa.