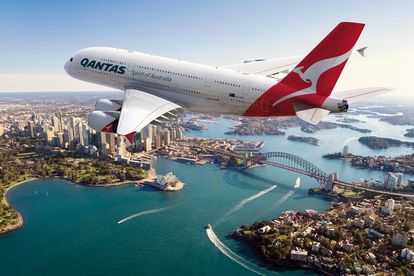 This may be a glimmer of hope for South Africans longing to visit the “Land Down Under”. A number of industry leaders have been calling for Australia to begin to reopen the country’s borders and to end lockdowns.

Simple Flying reports that Industry leaders in Australia, including Alan Joyce, CEO of Australia’s national carrier Qantas Airlines, have had enough of the disruptions caused by the lengthy international border closure and internal border closures resulting from sudden internal lockdowns announced after the detection of a couple of COVID-19 cases in any part of Australia.

Borders within Australia have also been opening and closing sporadically in the last few months, often based on just one or two COVID-19 cases being detected somewhere in the country.

Australia’s biggest city, Sydney, is currently in the midst of a two-week lockdown due to 18 new COVID-19 cases having been recorded in Sydney on Tuesday.

The constant opening and closing of provincial state borders due to locally imposed lockdowns is causing major disruption to Qantas’ flight operations.

These snap decisions cause havoc for Qantas’ domestic flight operations. Qantas’ pilots have apparently been told mid-flight that entry rules at their arrival city have changed, requiring the crew and passengers to go into quarantine on arrival…or to turn around and head back home.

Qantas was hoping to return to its 2019 flight schedules across its Australian network by this winter (southern hemisphere winter). But snap city- and state-wide lockdowns, as well as sudden internal border closures, have hampered those plans.

Australia’s international borders are slated for reopening in 2022, yet no specific date for the reopening has been given. Previous statements held that the country would reopen to international visitors only once vaccination targets enable the country to achieve population immunity.

With Australia’s vaccination programme now gaining pace, Qantas’ CEO Alan Joyce states that a preoccupation with achieving vaccination targets before the re-opening of the country’s borders is unrealistic.

Joyce says Australia’s goal should be to get the most vulnerable in society vaccinated first. From there, everybody else who wants to be vaccinated can get vaccinated, but that lockdowns and travel restrictions should not depend on vaccination targets.

According to Simple Flying, the various states in Australia have recently agreed to a four-stage plan to re-open borders, including the international border.

This news will be welcomed by South Africans who have been prevented from travelling to the Land Down Under to see family members, newly born grandchildren or to attend special family events in Australia for almost a year and a half.