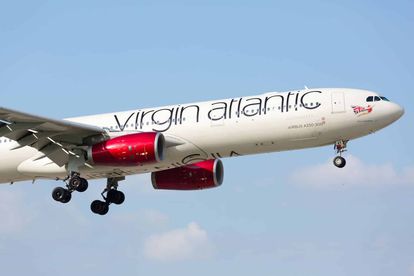 Virgin Atlantic is the latest airline to further suspend all flights on its South African routes.

Several countries have implemented flight bans and travel restrictions against South Africa. This has resulted in a number of airlines dropping South African destinations from their route networks.

The British government implemented a flight ban against South Africa after the discovery of the new COVID-19 variant here. This was in an effort to reduce the spread of the highly infectious strain by deterring travel between the two countries.

On 23 December 2020, British Health Secretary Matt Hancock announced travel restrictions and a flight ban against South Africa. Both British Airways and Virgin Atlantic were obligated to suspend all flights between the UK and South Africa to comply with the government directive.

FLIGHTS SUSPENDED FOR A MONTH

Since it is not known when the UK government will lift the ban, Virgin Atlantic Airlines cannot guarantee when it will resume flights to South Africa. The airline has therefore suspended its flights until the end of February.

“We have cancelled flights until the end of February and our intention is to restart as soon as these restrictions are lifted,” Virgin Atlantic’s regional head Liezl Gericke said, as quoted by Tourism Update.

Virgin Atlantic has suspended all its flights between the UK and Johannesburg and Cape Town. This is not only an inconvenience to travellers but a huge loss of revenue to any airline whose aircraft are grounded.

Until the UK flight ban is lifted, airlines will be forced to keep announcing extensions to their flight suspensions.

“We are keeping a close eye on updates from the UK with regard to the imposed travel restrictions. There is, regretfully, currently no end date and, for this reason, we are adapting our schedule accordingly,” Gericke said.