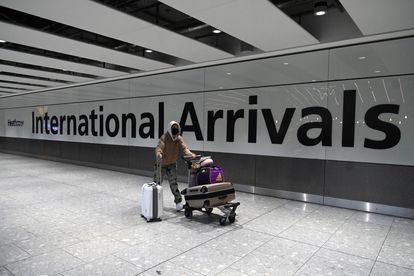 According to Loyalty Lobby, under the announced changes fully vaccinated travellers no longer have to quarantine when returning from visits to countries designated as ‘amber destinations’ on the UK’s colour-coded Traffic Light system.

The adjustment only applies to English nationals and residents who have had both doses of a COVID-19 vaccine. Returning UK residents must still take a COVID-19 PCR test prior to departure from their destination, and then again on the second day after arrival in the UK.

The change will benefit various countries which UK nationals typically travel to during the summer season, including France, Italy, Greece, Spain and Portugal.

These destinations have always been traditional summer hotspots for UK travellers but due to being classified as amber destinations with quarantine restrictions, they were not attractive to UK travellers because of the mandatory 10-day isolation requirement for travellers who had visited these countries, when returning to the UK.

South Africa is placed on the UK’s Red List, meaning that travel to the UK is not permitted for South Africans and that UK nationals who make trips to South Africa, are required to complete mandatory state-managed hotel quarantines on returning to the UK.

The 10-day hotel quarantine required for UK nationals returning from red-listed nations comes at a cost of GBP 1750 (R34 500) per person. The cost is to be carried by travellers themselves.

Reports of maltreatment and harassment when staying in the UK’s hotel-managed quarantine sites are off-putting to most travellers.

Both the cost and the conditions of the obligatory 10-day hotel quarantine do not bode well with most travellers, which makes trips to countries located on the UK’s Red List unappealing for even the most daring of travellers.

South Africa can only hope that there will be some positive developments when the UK announces the next updates later this month.

The UK government is scheduled to review the traffic light system and the classification of countries on 31 July.