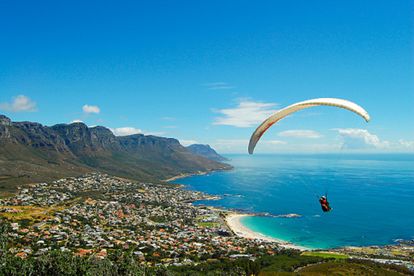 The easing of travel restrictions against South Africa last month by authorities in Austria, Germany and Switzerland has led to increased demand for travel to South Africa from these countries.  This development will be welcomed by South Africa’s tourism sector.

Following the German government’s reclassification of several countries including South Africa as high-risk countries, from previously being classified as virus variant areas there has been an increase in interest from travellers in Austria, Germany and Switzerland for travels to South Africa.

The Lufthansa Group – which includes Lufthansa, Austrian Airlines, Swiss International Airlines, and low-cost carriers Eidelweiss and Eurowings – has reported an increase in demand for flights to South Africa from travelers in Austria, Germany and Switzerland.

Lufthansa’s General Manager for Southern Africa and East Africa, André Schulz, told Tourism Update that Germany remained a key source market for South Africa and that South Africa was still a popular destination for travellers from Germany – who have always enjoyed visiting Cape Town during the European winter season.

“We can immediately see an increase, not only in leisure travel but we are also encouraged to see the first signs of recovery in the corporate travel sector, which is why we will be offering up to 90% of our 2019 capacity back in the market by the end of October 2021,” Schulz told Tourism Update.

“Travellers will have the choice of five weekly flights from Frankfurt and from Munich as well as four weekly flights from Zurich to Cape Town, bringing the total number of flights to the Mother City to 14 weekly services. In addition, the Lufthansa service from Frankfurt to Johannesburg as well as the SWISS service from Zurich to Johannesburg will operate daily as from the end of October, ” Schulz said.

Passengers on Lufthansa’s flights from Johannesburg and Cape Town now have the option of buying an entire row of seats for sole use. This may only be purchased at the airport before flying.

“Guests travelling in economy class on our Johannesburg or Cape Town to Frankfurt flights will have the option of booking a Sleeper’s Row at check-in or at the gate before their flight. With this attractive offer, travellers will receive an entire row of seats for themselves (three to four adjacent seats) for the entire duration of the flight and the surcharge for this is between €159 and €229 per route,” Schulz said.