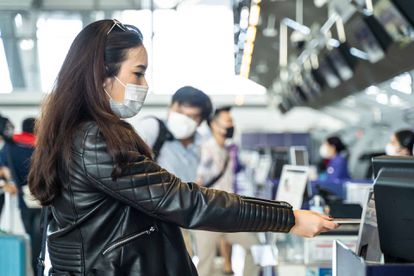 South Africa reopened its borders on 1 October, to a list of nationalities which are considered low-risk countries. Several business executives and investors in Europe, America and parts of Asia had been hoping they would be able to enter South Africa once the borders reopened.

The list of nationalities that are allowed to enter South Africa was announced on 30 September. The announcement came as a disappointment to many business executives and investors who were anxious to return to South Africa to follow up on business matters.

“Any person from a country listed as having a high COVID-19 infection and transmission rate, who wish to undertake business travel into South Africa, may, in writing, apply to the Minister of Home Affairs and demonstrate reasons for their request to enter the Republic for business purposes during the period of the national state of disaster,” the Home Affairs statement said.

Business executives, legal representatives and foreign investors from high-risk countries seeking entry to South Africa need to obtain approval prior to travelling to the country. Such approval is obtained by mailing the South African Department of Home Affairs.

Applications should be mailed to: Covid19BusinessTravel@dha.gov.za.

David Maynier, Minister of Finance and Economic Opportunities in the Western Cape has been receiving complaints from foreign business executives who contacted him.

Several businesses complained about not having received any response to the applications they had sent to the email address given by the Department of Home Affairs. David Maynier said he would be contacting Minister Dr Aaron Motsoaledi to follow up on this matter.

“And so, today I have written to the minister to request his urgent intervention to ensure that the appropriate resource is allocated so that business travellers from high-risk countries who apply for permission to travel to South Africa receive a response within at least 24 hours,” Maynier said.

Maynier has requested that Minister of Cooperative Governance and Traditional Affairs, Nkosozana Dlamini-Zuma scrap the risk-based approach for foreigners wishing to gain entry to South Africa. He states that the PCR test certificate requirement and further antigen testing on arrival should be extended to visitors from all countries.

“We have appealed to her instead to ensure safe international travel that supports economic recovery, that all travellers should be required to produce proof of a negative COVID-19 test result not older than 72 hours from the time of departure, supplemented by vigorous screening on arrival and antigen testing at the airport should they fail to pass screening protocols,” explained Maynier.

Maynier argues that the recovery of South Africa’s economy is paramount, and the current risk-based approach to foreign travellers excludes visitors who have the means to stimulate South Africa’s recovery from the economic fallout caused by the COVID-19 disruption.

Maynier said that it was unacceptable that this special dispensation offered by government, allowing entry to business travellers who could stimulate economic growth was not being carried through. This arrangement is an obstacle which will hinder the much needed economic recovery.

“Our proposed alternative to the risk-based approach for international travel would remove the unfair and unnecessary red tape currently in place to prevent business travellers from visiting South Africa, while also allowing leisure tourists to return unimpeded, bringing the investment we need to rebuild our economy following the negative impact of the COVID-19 pandemic in South Africa,” he said.