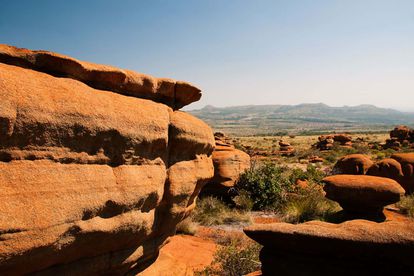 Travel in South Africa is becoming an irresistible prospect since international trips are still rather a cliff jump thanks to the pandemic. South Africans have an opportunity to explore their own country like never before. Seeing that February is the month of love, here are a few reasons to make you fall in love with South Africa all over again.

The best part? These destinations can be enjoyed year round. Yes, South Africa is right here, right now, and waiting to be explored by YOU!

As of 2021, there are 10 World Heritage Sites — considered places of tremendous cultural and natural importance — in South Africa.

World Heritage Sites are divided into two groups — cultural and natural. In the “natural” group South Africa has the Vredefort Dome meteor site in the Free State; the Cape Floral Region in the Western and Eastern Cape, iSimangaliso Wetland Park in KwaZulu-Natal and the Barberton Makhonjwa Mountains in Mpumalanga.

Cultural World Heritage Sites include the Cradle of Humankind at Sterkfontein; the Mapungubwe cultural landscape in Limpopo; the Northern Cape’s Richtersveld cultural and botanical landscape; Robben Island in the Western Cape where Nelson Mandela spent 27 years of his life, and the Khomani cultural landscape at South Africa’s border with Botswana and Namibia.

The Maloti-Drakensberg Park falls under both the natural and cultural groups for its spectacular natural landscapes and its deep gorges that are home to ancient rock paintings.

South Africans love their wine, and the tradition of making wine here dates back to the 1600s. For a wine-tasting experience with a difference, why not tour the world’s longest wine route? The R62 starts in Cape Town and ends in Oudtshoorn, and it also goes through the Little Karoo, covering a total of 850km.

This road trip can be completed in two days, but you should ideally just take your time. Excellent wines are made in Paarl, Worcester, Montagu and Robertson along this beloved South African route.

Make the most of the trip by also visiting the Cango Caves in Oudtshoorn, snapping a picture at Ronnie’s Sex Shop in Barrydale (not a sex shop at all!) or paddling the Breede River in Robertson.

South Africa boasts a huge diversity of plant and marine species. The country’s incredible seascapes see visitors flocking here from around the world. Now it’s time for us South Africans to also check out the monster waves of Jeffreys Bay, the untamed Wild Coast, the whale playground of Hermanus and everything in between.

South Africa has some incredible deserts too, from the vast Karoo to the Kalahari which the country shares with Botswana and Namibia. Don’t forget the Namib desert, which stretches for more than 2,000km along the Atlantic coasts of Angola, Namibia and South Africa.

It’s also high time you see South Africa’s mountains for yourself. The majestic Drakensberg, the verdant Outeniqua Mountains along the Garden Route and the Magaliesberg, at two billion years old, are just a few highlights, if you’ll forgive the pun.

Of course, Table Mountain is still South Africa’s most iconic mountain, providing a stunning backdrop for beautiful Cape Town. Make 2021 the year to visit it if you have not done so before.

The country also has amazing forests around which tourism enterprises have flourished. Storms River, Hogsback and Magoebaskloof are three such spots that come to mind. If hiking is your bag you will also find splendid trails there.

At the other end of the spectrum, our bush landscape and the wildlife it supports is why so many foreign visitors choose South Africa.

There are scores of national parks to visit, with the Kruger National Park — all two million hectares of it — at the top of the list. South Africans can also now pick up fantastic specials at many private nature reserves which once were mainly frequented by international tourists.

One thing is certain: You will find much to love about South Africa no matter which direction you head into. This weekend, or the next, start zipping up those travelling boots, or plan a longer trip for the next school holiday.

When does the Proteas’ third Test against Australia start?