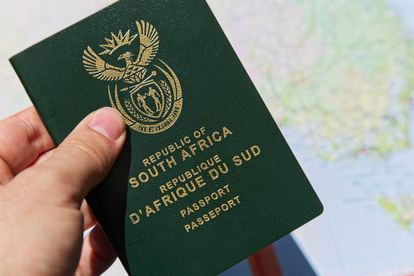 Updates on visa changes for travellers have been announced by Department of Home Affairs minister Aaron Motsoaledi, which will see an ease in travel for locals and visitors alike.

While many of the visa changes have been previously announced, Motsoaledi provided updates on these and confirmed government’s readiness to facilitate. This will affect traveller and goods movement at South African ports of entry during the festive season.

Motsoaledi noted that the Department of Home Affairs have been in the process testing and piloting of its electronic visa application system. “The decision to introduce e-Visa was informed by observable benefits of this system. It is reliable, client-friendly and convenient for visa applicants, airlines, trading partners and Home Affairs officials,” he said.

Once the testing phase is complete and the system is ready to be implemented nationwide, prospective visitors will be able to apply for visas online. It is currently being tested on an international scale with Kenya. A team of DHA immigration and IT officials visited Kenya.

“This team is scheduled to return to Kenya next week on 9 December 2019. The first Kenyan tourist who applied for the visitors’ visa on the new e-Visa system arrived yesterday afternoon and more are expected this week as part of the pilot. We are continuously monitoring this pilot process to ensure that user experience is not compromised. In early 2020, we’ll include China, India and Nigeria to the pilot which will run until March 2020,” he said.

The introduction of e-visa’s will be especially helpful in terms of administrative work, especially for those processing applications at visa offices.

A number of countries have been added to the list of countries which now have visa-free access to South Africa. This is set to attract more tourists to the country.

Motsoaledi announced that the department has also added the Republic of Tunisia. This is reciprocated, meaning South Africans will be able to travel to Tunisia without needing a visa.

“The implementation date of this agreement will be decided and communicated after the two countries have agreed on a date,” he said. “South Africa now has 83 countries which it has granted visa free status to. These countries are among the highest tourist sending nations globally.”

Motsoaledi says that his department is working with border law enforcement agencies to ensure ease of movement for travellers this festive season. Capacity will be increased between Wednesday, 4 December 2019 and 13 January 2020.

“We want travellers to enter and leave South Africa without hindrance in this peak period, and to do so in a manner that is legally permissible, without breaking any law of our country,” he said. “The ports of entry with traditionally high volumes of movement will have their operating hours increased by between one and seven hours.

“Border law enforcement entities have confirmed readiness to handle increased volumes of travellers and goods at all ports of entry. This increase in movement of people and goods, across borders, is due to the inflow and outflow of travellers such as tourists, cross-border workers, business, academics and those on educational activities.”

Home Affairs will deploy close to 400 additional officials at selected ports in order to assist with the delivery of immigration services and to offer technical support at the borders, noted Motsoaledi.

“We implore all travellers leaving and entering South Africa to ensure all their travel documents are in order to avoid unnecessary delays at ports. These include passports, visas, health certificates, permits for specified goods, plants and animals and vehicle insurance and bank authorised cross-border documents for vehicles.”

The Department of Home Affairs, under the leadership of minister Aaron Motsoaledi have been active with changes to entry into South Africa and the processes thereof, encouraging more travellers to visit.