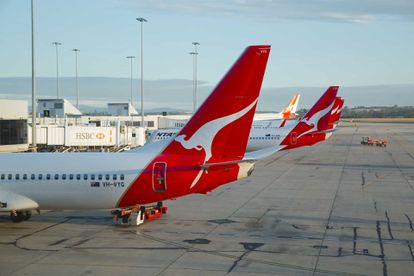 Australians all over the world are desperate to get home.

Australians all over the world are desperate to get home.

The Australian government has used strict measures to handle the spread of the virus. This has helped Australia to manage the rate of infections in the country. In an effort to reduce infections, Australia placed limits on the number of its nationals and permanent residents that may return to the country.

Prime Minister Scott Morrison introduced a quota for the number of returnees per week. This restriction was implemented as a means to mitigate a second wave of the virus.

The limit is set at 4,000 returnees per week. This restriction is due to continue until 24 October.

A NUMBER OF AUSTRALIANS EAGER TO RETURN

According to Australia’s Department of Foreign Affairs and Trade (DAFT), more than 350,000 Australians and permanent residents have returned to the country during the first three months of its borders being closed.

According to DAFT, there is still a further 25,000 people outside Australia, who have registered their desire to return to Australia.

QUOTAS CAUSE ANGER AND FRUSTRATION

Australian citizens and residents in other parts of the world, who wish to return to Australia are becoming frustrated and resentful due to the feeling of abandonment by their government.

One Australian national said, “I cannot believe how quickly the Australian government abandoned its citizens overseas.”

An Australian citizen in the United Arab Emirates said that his family had overstayed their welcome since their visa had expired and that they needed to be allowed return to Australia.

“If we are unable to get on a flight to Australia, we are effectively living as refugees, with no legal right to remain in the UAE, and a home country that will not allow us to return,” he explained.

An Australian expat living in South Africa is living under a cloud of uncertainty due to being unable to return to Australia. She mentioned the barriers being the cost of repatriation flights as well as limits on the number of people allowed to return each week.

“This constant unknown feeling of when you can get home to your family, when you can be earning an income again, when you can have health care… is enough to keep you up at night, every night.” she said.

QUARANTINE ON ARRIVAL IN AUSTRALIA

On arrival in Australia, returning citizens and residents are required to complete a mandatory 14-day quarantine, the cost of which is 3,000 Australian Dollars per person. This cost is not covered by the state but by the individual instead.