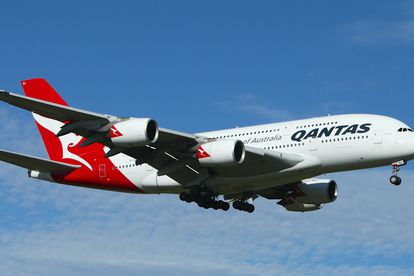 Australia’s Federal and New South Wales governments have confirmed that from 1 November, the country’s international borders will reopen to fully vaccinated travellers, who will not need to quarantine when entering or returning to Australia.

Due to the Australian government’s revised restrictions, Qantas has decided to restart flights to Singapore, Bangkok, Phuket, Johannesburg, and Fiji earlier than planned.

“We’ve said for months that the key factor in ramping up international flying would be the quarantine requirement. The decision by the NSW Government to join many cities from around the world by removing quarantine for fully vaccinated travellers means we’re able to add these flights from Sydney much earlier than we would have otherwise,” Qantas Group CEO Alan Joyce said in a media release.

REOPENING BORDERS FOR SOME, NOT ALL

Qantas’ international flights to and from Sydney are open to Australians and for South Africans who are directly related to Australian nationals.

“We hope that as vaccination rates in other states and territories increase, we’ll be able to restart more international flights out of their capital cities. In the meantime, Sydney is our gateway to the rest of the world,” he said.

This certainly is good news for South African communities living in Australia, as well as their direct family members located in South Africa. However, this is not a general reopening to all South Africans who wish to visit Australia. The broad reopening is set to occur in the first half of next year.

“While these flights will initially be for Australians and their families, we expect tourists from Singapore, South Africa and India to take advantage of these flights once borders reopen to international visitors,” Joyce said.

Qantas has had to keep shifting the restart date of flights on its SA route due to Australia’s extended border closure. The airline suspended scheduled international flights in March last year, when Australia closed its borders.

The Australian national carrier initially planned to resume scheduled flights to South Africa in July this year. This date ended up being pushed back to October, then to December and finally to April next year. The restart date has now been set for 5 January.

Qantas’ direct flights between Johannesburg and Sydney will resume on 5 January 2022, after a lengthy absence of nearly two years, from South African skies.

“This is the best news we’ve had in almost two years, and it will make a massive difference to thousands of our people who finally get to fly again,” Joyce said.