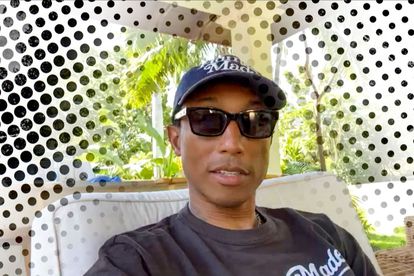 Pharrell Williams is going into the hotel business by launching his new Goodtime hotel project in Miami, Florida.

Pharrell Williams is going into the hotel business by launching his new Goodtime hotel project in Miami, Florida.

Pharrell Williams, best known for the global number one hit song Happy, has ventured into the hospitality industry by teaming up with Miami hospitality guru David Grutman. The two are opening their luxurious Goodtime Hotel in April and are already taking bookings.

The singer and record producer spent this early years of recording music in Miami and so the city has always held a special place in his heart. The city has a unique energy and vibrancy which Williams calls “magic”.

For this reason, Williams chose to invest in a hotel project in South Beach, Miami. The hotel is located on Washington Avenue, the heart of Miami’s party scene in the 1990s.

“I realised the energy of working in Miami was just different,” Williams told Oceandrive.

“Now, we’re trying to re-create that energy where you’re in a boutique hotel and we’re offering people the opportunity to make magic downstairs. People will know that while they’re on site, magic is being made downstairs.

“And when they come upstairs to the third floor, they’re greeted with a 30,000-square-foot pool deck, where arguably, magic is happening too.”

Washington Avenue used to be home to some of the most iconic nightclubs in Miami, including Cameo, Mansion, Liquid and Bash. The historic street was no stranger to celebrities like Madonna, P Diddy, Leonardo DiCaprio and countless others.

The area started to lose its shine after 2000, when other Miami neighbourhoods began to take the limelight. Pharrell Williams believes his hotel will start a regeneration of the once-popular avenue, and become the pride and joy of the local community.

“I think that what we want to do is become a part of this community and not leave it better than we found it, but contribute to it,” Williams said.

The interiors and exteriors of the hotel are vibrant, with a unique Miami sense of style which is characteristic of the hotel’s location. The hotel has 267 guest rooms, fanciful and fun interiors such as old-school pink landline telephones, an indoor and outdoor gym, and several recording studios.

The hotel has a large pool and a deck where guests and visitors will be able to take part in everything from live entertainment to outdoor yoga. There is also an outdoor bar with VIP seating areas. The Strawberry Moon restaurant will serve a mix of Mediterranean cuisine and American favourites.

“The Goodtime will light up this community. People are going to be inspired by what we’re doing here. It will be good energy, good vibrations, good space and, of course, a good time,” Williams said, as quoted by Oceandrive.

THE PRICE FOR A HAPPY STAY

It all sounds just magical, but be warned that a night in Pharrell Williams’s happy place will not come cheap.  A stay at this fun yet luxurious hotel will start from $305 (about R4,578) per room per night.