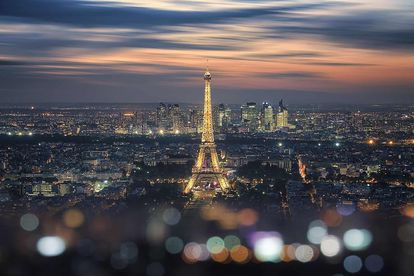 The City of Love’s underground may not be the epitome of glamour, but it has something to offer everyone. Photo: Adobe Stock

The City of Love’s underground may not be the epitome of glamour, but it has something to offer everyone. Photo: Adobe Stock

The road is Rue de Rivoli and it’s a typical Parisian scene: Café crèmes littering tiny table tops, pigeons swooping by looking for left-over croissant crumbs, our unfriendly waitress mutters something to herself in French and I sit back soaking up the early morning rays, people watching and appreciating this archetypal café culture.

Paris is known for all this and so much more and up until last year if you had added in a couple dozen macaroons, some shopping sprees and the usual sight-seeing checklist into the deal, I would have left this loved-up city feeling like I’d done it justice – that was up until I found out about what lies beneath this metropolis.

Paris: Exploring the city beneath the city

The reality that there are cities beneath cities is one that was not new to me.

Taking a tour of the Forum and going beneath the Colosseum into the animal pits in Rome, exploring the underground city at Derinkuyuor, Turkey, or even attending a Gatsby-inspired party in the NYC underground stations, make it apparent that many cities in the world have been built layer upon layer.

The old covered up by the new and history forever cemented below the newly named ground level.

The idea of an inarguably alive underground may not be exclusive to Paris, but there is a deeper connection to a city’s underbelly here than anywhere else: A network of sewers and subways, thousands of years of dark history and a subculture of creative cataphiles who are making it all home.

An afternoon uncovering the secrets of the catacombs

My exploration of the secret side of Paris started with the catacombs and a day spent wandering the forgotten quarries below the bustling city streets.

With the ambiguous meaning of the word “underground”, I decide to include both the figurative and literal meanings into my travel checklist of what lies beneath Paris.

So I set off in search of all bars, clubs and cellars with an underground area, as well as to better understand the “underground” culture of this place and its people.

Prolific graffiti and street art draw many an international “graffer” to this city and the sheer size of the place means that the side streets also play host to a melting pot of cultures and expression portrayed in tags, murals and symbols that are apparent after dark.

The meanings of these link themselves to the underground of Paris. On a graffiti and walking tour of Belleville in the 19th arrondissement, you start to spot a recurring spider everywhere. Almost always near ground level and near a ventilation grid, it suggests that spiders are free to roam the underground as much as they are the streets.

If Belleville is the street art hotspot of Paris, then Les Catacombs in Montparnasse’s underground mecca of bones is its counterpart.

After a winding-staircase descent into the tomb-like darkness and with an evident temperature drop and the smell of damp earth seeping through the porous walls, we enter the home of the six million nameless that were moved and stacked here centuries ago in the dark of night.

The catacombs are Paris’ principal ossuary which also served as a hideout for the French Resistance. Bones from Cimetière des Innocents arrived in this tunneled maze back in 1786 when decomposing bodies started seeping into markets and cellars, bringing with them a following of ravenous rats.

Paris: Exploring what lies beneath and her secret side

For those who are a little more squeamish, there are other ways to explore the quarries and tunnels of this city. It was overwhelmingly surprising to me though, just how little the locals know about this.

Oblivious not only to the rich culture that brews beneath the city but also to the “cataphiles” who in their hundreds explore and live beneath the city. They are mostly art students, who are celebrating their reign of freedom by partying, creating art and hosting secret events in this 300km tunnel entanglement.

There’s an obvious secretive element to the underground, but scouring the internet should lead you to downloadable maps on how to navigate the city beneath the city.

I found being underground quite frankly a little unnerving and definitely didn’t master the change from lower levels to the street again, quite as stylishly as some Parisians seem to master. Expect to surface needing a good shower and a change of shoes.

It may not be the epitome of glamour, but the underground of Paris has something to offer everyone.

La Plage is a popular area where you’ll find many other French locals, and is just a 30-minute walk from the main entrance. Exploring deeper into the catacombs means you’ll find less of the fashionable youth and more of the older cataphiles, some of whom live beneath the city permanently.

La Plage, Le Cellier and the castle room are all must-sees for the art enthusiasts.

Large-scale murals in the heart of the catacombs are not uncommon either and there are some amazing artists who find inspiration down below. Graffiti is abundantly apparent and chrome and black colour schemes are the most common because of their ability to standout albeit in the dim light.

There’s one entrance in an abandoned tunnel in the XIV arrondissement and another lurking near the Port Royal metro stop. Your best bet is to do some research as, although you could get lucky and ask the right person, there are also many who ride the metro blissfully unaware of the stirrings below them.

With the literal meaning of “underground Paris” properly explored, my first stop for a complete contrast of what I’d experienced earlier is waiting for me in the form of a hidden restauran just a few minutes outside of Paris and is definitely worth the trip.

Les Crayères des Montiquartiers serves up Parisian gourmet gold and the chance to discover the history behind the majestic quarries. It was first opened back in 1820 to exploit chalk mines and today houses a restaurant and wine cellars storing more than a million bottles.

The ineffable essence of Paris draws you in at every turn

Much like post-French Revolution, when Louis XVI ordered the underground tunnels of Paris to be surveyed and mapped out, parties and events below the city happen in deadly secret due to the ultra efficient Parisian police force, who try to keep things in-check.

It is often the fear of the unknown that’s most frightening. There are varying views and opinions of these below-ground dwellers and perhaps even a slight fear that the city could at any time come alive from beneath itself, without the rules and regulations that are followed in the streets above.

For me though, the allure and “pull” of Paris have increasingly heightened after my adventures in the dark shadows that the city of love casts below the ground.