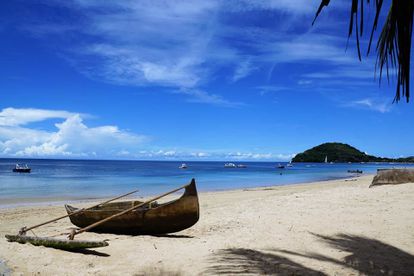 Tranquility awaits at Nosy Be. Image via Pixabay

Tranquility awaits at Nosy Be. Image via Pixabay

Flights between Johannesburg and Nosy Be will commence in December. Airlink will operate a seasonal schedule on this route. There will be one flight per week, continuing for six to eight weeks, starting 13 December.

WHERE IS NOSY BE?

THE ISLAND OF NOSY BE

It is a volcanic island with an area of 312 square kilometres. The highest peak on the island is Mont Lokobe, which rises to 450 metres above sea level. The island’s volcano has not erupted in recorded history. There are eleven volcanic crater lakes on the island.

The main town on the island is called Andoany. There are several smaller islands near Nosy Be, including Nosy Komba, Nosy Mitsio, Nosy Sakatia and Nosy Tanikely.

UNIQUE SPECIES CAN BE FOUND

The island of Nosy Be is known for having one of the world’s smallest frogs (Stumpffia pygmaea) and the panther chameleon (Furcifer pardalis). The Lokobe Reserve located on the island, is one of Madagascar’s five notable nature reserves (Reserves Naturalles Integrales).

SIGHTINGS OF A RARE WHALE SPECIES

A rare whale species, the Omura Whale, has been sighted in the waters around the island. Recent studies indicate that the waters of the Mozambique channel between Nosy Be and Madagascar are the habitat for a number of Omura Whales.  Researchers are conducting studies on the species from this location.

Visas are required for South African passport-holders entering Madagascar. Short stay tourist visas are issued to South Africans on arrival. It is the most developed tourism destination in Madagascar, and is the only place in the country where all-inclusive resorts can be found.