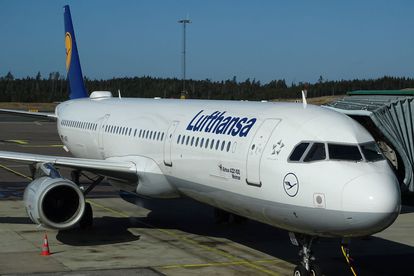 Lufthansa will allow South Africans on its flights to Germany. Image: Unsplash

Lufthansa will allow South Africans on its flights to Germany. Image: Unsplash

Lufthansa will increase its number of flights to South Africa from April and is hoping to tempt passengers by offering budget-beating promo fares.

The airline suspended its South African routes in January as a result of pandemic-related directives issued by the German authorities to keep the new COVID-19 variant from South Africa at bay.

The airline was obligated to reduce frequencies on its South African routes and refuse passage to South Africans to comply with its government’s rulings.  Lufthansa will re-introduce direct flights to Cape Town, and increase the number of flights its operates between Frankfurt and Johannesburg.

Lufthansa will operate three flights a week between Cape Town and Frankfurt from 2 April.

The German airline will also increase its presence on the Johannesburg route by upping the number of flights it offers from three to five services a week.

Flights will operate on Mondays, Wednesdays, Fridays, Saturdays and Sundays, departing OR Tambo International Airport at 19:00.

LIGHT AT THE END OF THE TUNNEL

Lufthansa will be offering promotional fares to a selection of European destinations. Prices start from under R 7,000 return, including taxes, for bookings made between 25 March and 30 April.

The offer is valid for travel during the period April to November 2021.