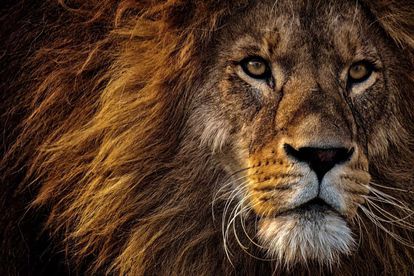 If you haven’t yet decided on your holiday plans for this year, consider visiting one of these ten most Instagrammed national parks for vacation pictures and memories that are sure to captivate.

Outdoor furniture manufacturer Faraway conducted some research to see which national parks were the most popular on Instagram.

Their findings reveal that Yosemite National Park in California took top spot with more than four million hashtags. South Africa’s Kruger National Park made it onto the top ten with almost one million.

Famous for its giant and ancient sequoia trees, this park is situated in California’s Sierra Nevada mountain range. It also has spectacular granite cliffs and the Tunnel View — a breathtaking vista of the towering Bridalveil Fall.

Inside, you’ll also find Yosemite Village which has shops, restaurants, lodging, the Yosemite Museum and the Ansel Adams Gallery.

Designated a World Heritage Site by Unesco in 1979, this park in Arizona receives millions of visitors a year. Set over almost 5 000 square kilometres, its big attraction is the panorama of layered bands of red rock which carry millions of years of geological history.

Lipan Point which has wide views of the canyon and Colorado River, is one of the most popular viewpoints, especially at sunrise and sunset.

Situated in North West England, this the most visited national park in the United Kingdom. It was designated a national park on 9 May 1951, and includes all of the central Lake District, and areas such as Lune Valley.

Visitors to the area can expect to see glacial lakes, broad mountain ranges, as well as traditional inns and galleries of local art.

On the African continent, three parks were mentioned in the Top 20, with Kruger being the most Instagrammed park in Africa:

Straddling the provinces of Limpopo and Mpumalanga, the Kruger National Park is one of the largest on the continent at almost 20 000 square kilometres. Areas of the park were first protected by the government in 1898, and then 1926, it was officially declared South Africa’s first national park.

Kruger is famous for its large numbers of wild animals, and specifically for having the Big Five of lions, leopards, rhinos, elephants and buffalos in its habitat. The area has mountains, bush plains and tropical forests making it hospitable to hundreds of mammals and bird species.

This park in Tanzania is widely known for its annual migration of animals which include more than 1.5 million wildebeest and 250 000 zebra. It covers 14 750 square kilometres of savanna, grassland plains, forest, and woodlands.

Also located in Tanzania, this park is home to the continent’s highest mountain, Mount Kilimanjaro. Around the base of this mountain, visitors who aren’t planning on summiting the peak, can take relatively accessible hiking trails. The park covers almost 2 000 square kilometres and receives tens of thousands of visitors a year.

Others on the Top 20 list include Rocky Mountain in the US, Komodo in Indonesia and Galapagos in Ecuador.